It's all about the carbon fiber.

Controversial tuner Mansory had a busy 2018 Geneva Motor Show where it brought everything from a Mercedes-AMG S63 to a Bugatti Veyron, with a golf cart thrown in to spice up the lineup. Now, the aftermarket specialist based in Brand, Germany has turned its attention towards the Porsche 911 in the Turbo S specification. The key words here would have to be carbon fiber as Mansory wishes to point out it is offering 15 different carbon fabrics and a wide variety of colors. Not only that, but the tuner is making its own carbon fiber by using in-house autoclaves, prompting Mansory to say it’s the “uncrowned carbon king.”

Check out other projects from Mansory: 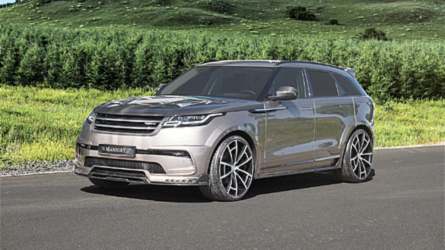 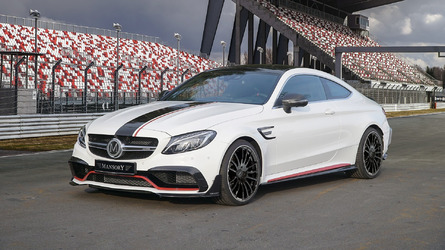 From a project signed by Mansory, this Porsche 911 Turbo S is surprisingly restrained compared to the polarizing creations shown last month in Geneva. There’s carbon fiber just about everywhere, including the hood, air intakes, side skirts and scoops, rear wing, and also for the diffuser. Even the struts for the engine compartment cover have received the carbon fiber treatment, while the interior cabin follows the same recipe as the steering wheel and the gear selector are both adorned with carbon accents.

Mansory isn’t saying for the time being how much weight it was able to shave off from the all-wheel-drive Porsche, which in standard guise tips the scales at 1,600 kilograms (3,528 pounds). The tuner also has a plug & play power kit for the biturbo boxer-six engine to take output beyond the stock 580 horsepower and 516 pound-feet (700 Newton-meters) of torque or 553 lb-ft (750 Nm) if the Turbo S has the optional Sport Chrono package.

No word about how much the package will set you back, but carbon fiber is never cheap.