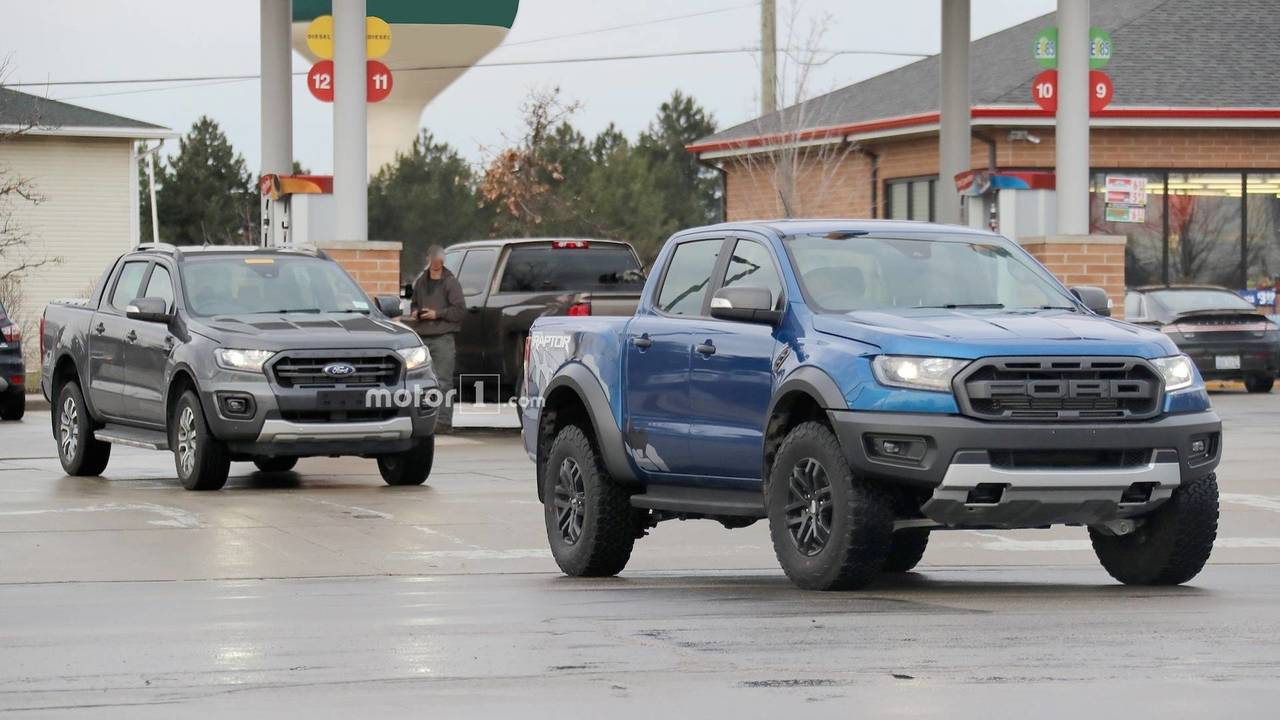 Both inside and out.

Yesterday our spy photographers captured the Ford Ranger Raptor testing on American soil. The performance pickup was photographed just outside of Ford headquarters in Dearborn with a unique appearance package, a right-hand drive setup, and what we believe to be the factory 2.0-liter turbodiesel found under the hood. For what it's worth, it was likely a European model.

That said, that very same Ranger Raptor was photographed once again in a new set of images, this time with what we believe to be a prototype for the American Ranger Wildtrak. The new shots give us an idea of what to potentially expect in terms of performance options for the Ranger here in the U.S., and show a highly modified version of the standard pickup testing on public roads in Michigan.

The Ranger Wildtrak gets added ground clearance over the standard model, making it more off-road friendly, as well as 18-inch alloy wheels and P265/60 tires. The bedliner also gains a 12V socket, and the cabin has been slightly revised with "Wildtrack" logos stitched on the dashboard, and orange accent stitching throughout. This particular prototype is also right-hand drive, suggesting it was imported from Australia, but is more likely to join the American lineup than the Raptor.

As far as power, the current Ranger Wildtrak – available in most Asia-Pacific markets, including Australia – comes with two engine options. The first is a 2.0-liter diesel engine producing 211 horsepower (157 kilowatts) and 369 pound-feet (500 Newton-meters) of torque, paired to either a 10-speed automatic or a six-speed manual, the second is a larger 3.2-liter diesel off the Transit van.

Ford still hasn’t confirmed that the Ranger Wildtrak – or the hardcore Raptor, for that matter – will make their way to the U.S. Reports suggest that we could see the latter at some point, but possibly with a more powerful version of the standard 2.3-liter EcoBoost V6 instead of the 2.0-liter turbodiesel currently found underhood of the new pickup. We’ll just have to keep our fingers crossed; the Ford Ranger should go on sale in the U.S. sometime early in 2019.