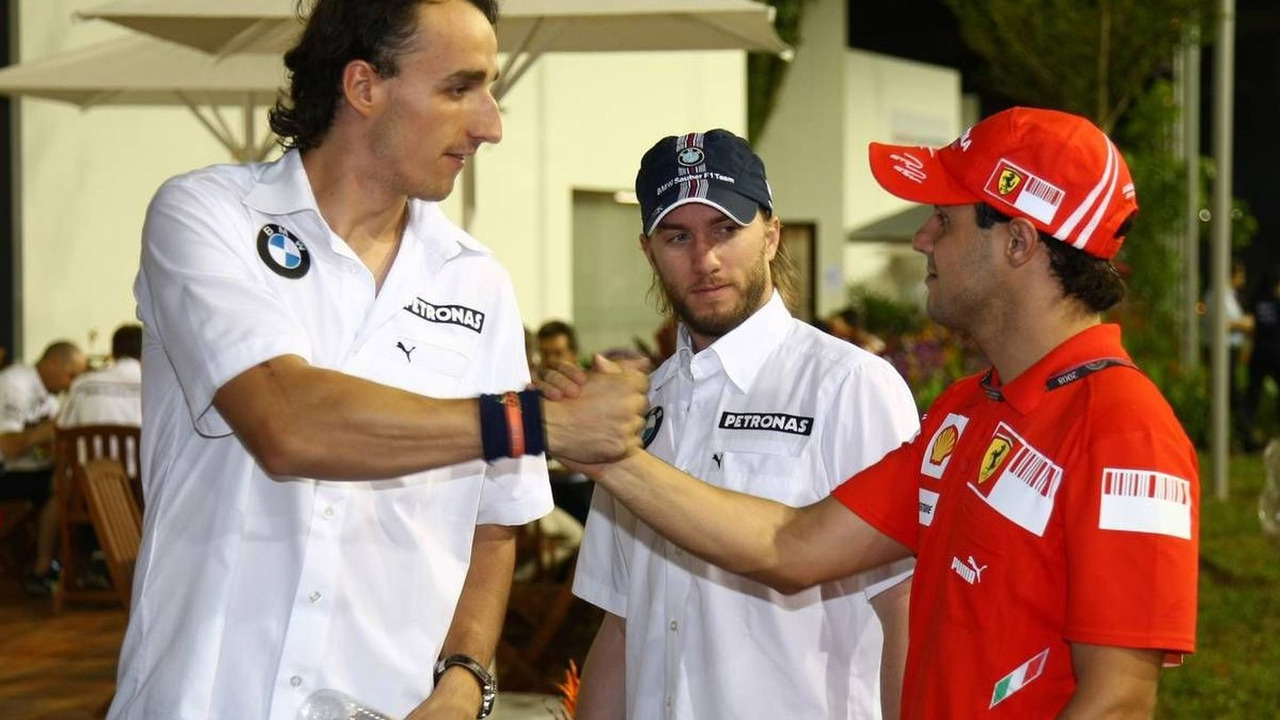 Mark Webber, Robert Kubica and Felipe Massa have played down wild paddock rumours about possible movement in the 2011 driver market.

Mark Webber, Robert Kubica and Felipe Massa have played down wild paddock rumours about possible movement in the 2011 driver market.

All three drivers are under contract with their existing teams for next year, but that has not stopped rumours that Webber or Kubica could be heading to Ferrari, while Massa is ousted from the Italian team to possibly find refuge at Sauber.

"I have a contract with Red Bull and I'm a man of honour," Australian Webber is quoted by Turun Sanomat newspaper.

"I'd be very surprised if I'm not here next year.

"Moving to another team is something I'm not interested in. It doesn't seem to make sense to go and learn to work with another 500 people," he said.

Asked if he would enjoy having Fernando Alonso as a teammate, Webber answered with a smile: "I doubt he is coming to Red Bull."

"Every year we talk about who is going to replace me; I'm used to it," the Brazilian is quoted by El Periodico.

"It has been Rossi, Kubica, Vettel -- Alonso!" Massa smiled. "I have signed a contract renewal for two seasons so this kind of thing makes me laugh."

And Pole Kubica, currently at Renault for the foreseeable future, answered: "Of course I'm aware of the rumours.

"I don't know where they come from. All I can say is that I am with Renault."