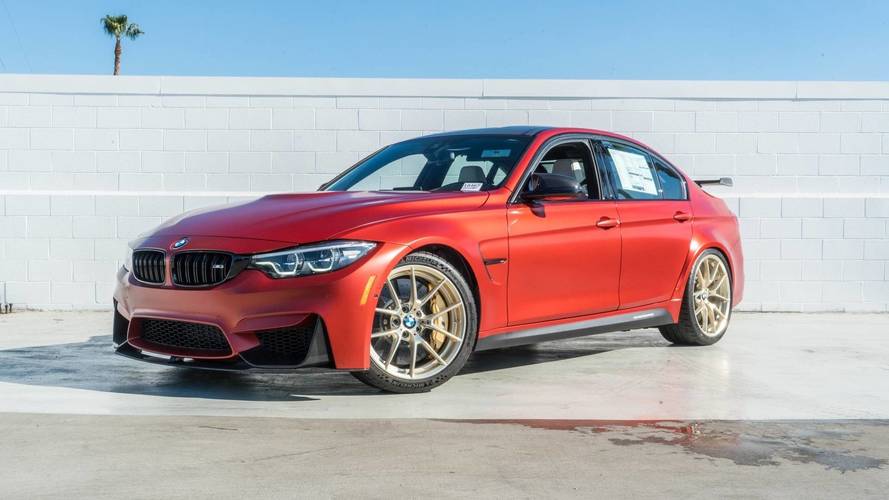 Unveiled at last year’s SEMA, the BMW M3 30 Years American Edition was created to celebrate three decades of the sports sedan in the United States. Only one car was ever made and was painted in a snazzy Frozen Red II Metallic hue combined with golden M Performance 19-inch front and 20-inch alloy wheels. When the car was introduced in Las Vegas, it came with a price tag of $128,635 – a lot of money when you take into account a standard M3 kicks off at $66,500.

Now it can be yours for a cool $130,110 as the unique M3 fitted with all the bells and whistles is up for grabs at a dealer in Los Angeles. It comes equipped with the optional Competition Package and has a six-speed manual gearbox, but what makes it truly special is the rather bold (and patriotic) red, white and blue theme inside the cabin. To try and justify its steep price tag, BMW has also thrown in M stripes on the carbon-fiber-reinforced plastic roof and a 30th Anniversary graphic for the rear sunshade.

The list of M goodies goes on forever with a rear wing made entirely out of carbon fiber, an M Performance exhaust with titanium silencer, and an adjustable suspension lowering the ride height between 5 and 20 millimeters. Those shiny wheels we’ve mentioned are exclusive to this model and come wrapped in Michelin Pilot Sport Cup 2 tires.