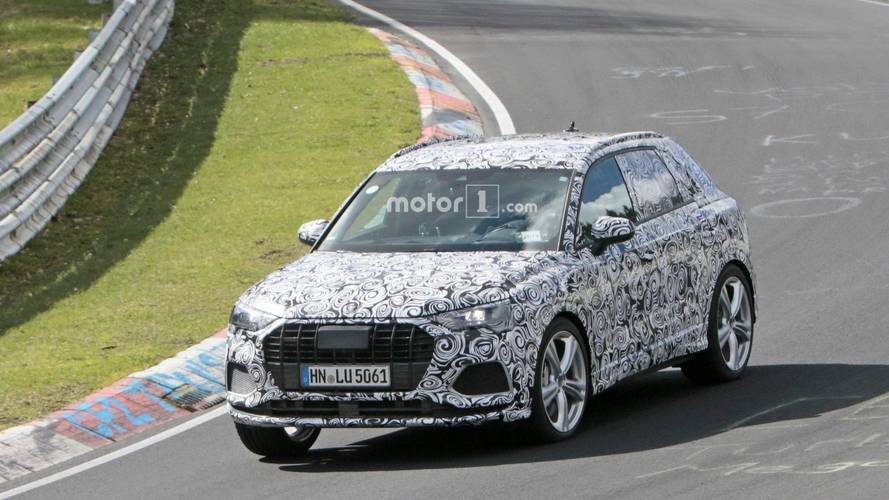 With quad exhaust tips, there is no mistaking we are dealing with an amped-up version.

The outgoing first-generation Audi Q3 has spawned just one performance version in the form of the RS Q3, but thankfully it’s going to be a different story with the next iteration. As hot crossovers are gaining traction in the automotive industry, Audi Sport certainly wants a bigger piece of the action with new entries such as the SQ2, SQ3, RS Q5, and RS Q8.

While the smallest of the bunch was recently spotted camo-free a couple of weeks ago ahead of a launch this year, the SQ3 is making its spy photo debut today and is likely programmed to go on sale before the end of the decade. How do we know it’s more than just a regular Q3 in S-Line attire? Check out the back of the prototype where the bumper is hosting the S-specific quad exhaust tailpipes.

The front of the prototype also suggests we are dealing with a performance version as the bumper has large air intakes with silver framing, while the side profile with its big wheels and red brake calipers at the rear axle further hints at a work-in-progress SQ3.

The million-dollar question is: What’s hiding underneath the hood? Since the five-cylinder with its glorious soundtrack is likely reserved for the flagship RS Q3, a safe guess would have to be the VW Group’s latest and greatest 2.0-liter turbo. Expect output to exceed the 300-horsepower mark and it actually might get close or even surpass the 340 hp available in the outgoing RS Q3 facelift in the non-Performance guise. As with every Audi Sport model out there (excluding the R8 RWS), the first-ever SQ3 will feature a Quattro all-paw arrangement.

While the interior hasn’t been captured by the spy camera, we do have a revealing set depicting the Q3 and its fully digital instrument cluster working together with the bigger MMI infotainment screen. There’s no secondary touchscreen on the center console to replace the climate controls as the next-gen Q3 and all of its derivatives will stick to physical buttons and knobs.

Audi has announced plans to unveil the new Q3 later in 2018, with the SQ3 expected to arrive within a year after the standard models. As for the RS Q3, the five-cylinder crossover will be launched at a later date packing at least 400 horsepower as seen in the RS3 Sportback and Sedan models.