Of Course Someone Has Already Rendered The New Ford Focus ST, RS 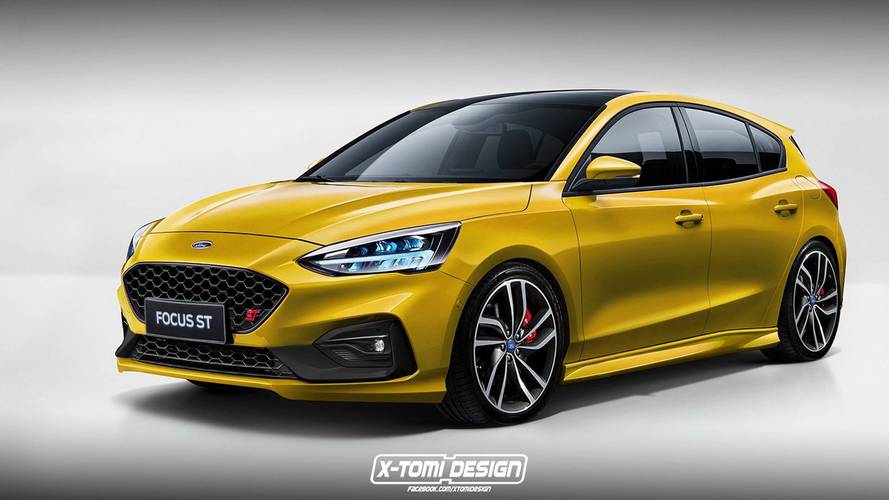 Well, that didn't take too long.

The all-new, fourth-generation Ford Focus made its debut yesterday and already a couple of speculative renders have emerged showing the ST and RS hot hatches. The Blue Oval actually gave us a clue about what to expect from the performance-oriented versions by revealing the ST-Line specification featuring a slightly more aggressive body without the extra oomph you’ll get in the two top-tier models.

If the Fiesta ST’s launch date (shortly after the regular models) is any indication, it means we won’t have to wait a very long time to see the Focus ST digitally imagined here in a lovely yellow shade. Rumor has it the warm hatch will be bitten by the downsizing bug as it will eschew the 2.0-liter engine to make room for a smaller 1.5-liter unit. While the regular Focus tops out for the time being at 180 hp, the ST will reportedly up the power ante to 275 hp, which would be a nice bump over the outgoing 252-hp Focus ST.

The engine in question is expected to have cylinder deactivation tech like the newly developed 1.5-liter EcoBoost in the standard 2019 Focus, along with a direct-injection system and twin-scroll turbocharging. The gasoline mill will allegedly be accompanied once again by a diesel unit in Europe, a decision which would make sense considering half of the Focus III ST cars are powered by the 2.0-liter TDCi diesel.

It is believed the ST hatchback and wagon will both be introduced six months after the regular Focus versions, so expect an official premiere to take place sometime this fall.

Moving on to the range-topping RS, it seems we won’t have to wait until towards the end of the Focus IV’s life cycle to see it like it has been the case with its three predecessors. It’s apparently set to arrive as early as 2020 with the same turbocharged 2.3-liter engine, but in a higher specification and working together with a mild hybrid system. Latest intel suggests Ford will take the output to more than 400 horsepower and 425 pound-feet (576 Newton-meters) of torque delivered to the road exclusively through a dual-clutch automatic transmission.

As a final note, expect both the ST and RS to be considerably lighter than the outgoing models taking into account the lesser versions of the 2019 Focus have shaved off as much as 88 kilograms (194 pounds).