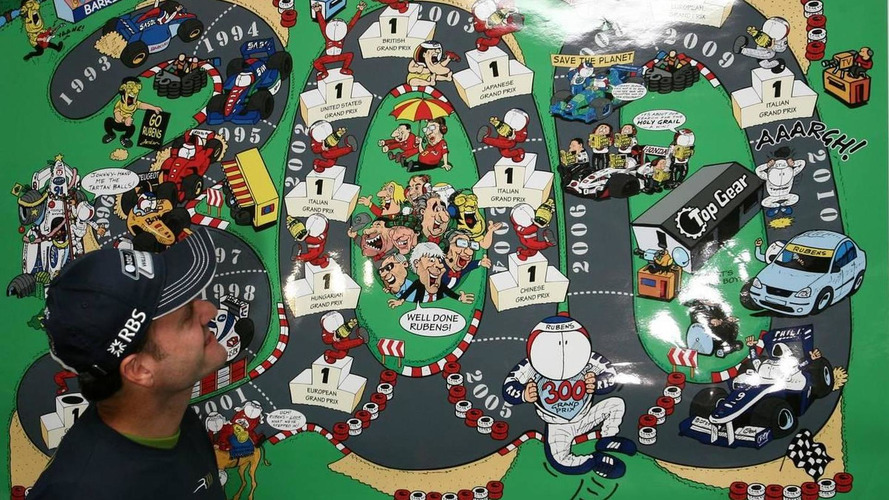 Rubens Barrichello is not planning to celebrate his 300th grand prix this weekend.

Rubens Barrichello is not planning to celebrate his 300th grand prix this weekend.

The Brazilian officially celebrated the unprecedented milestone recently at Spa-Francorchamps, despite some statisticians pointing out that he didn't actually start two grands prix due to pre-race technical problems during his time at Ferrari.

According to those tallies, it is actually Singapore that will be 38-year-old Barrichello's 300th race start.

"We had the same problem with the 257th grand prix," said the Williams driver on Thursday, referring to his surpassing of Riccardo Patrese's race-start record.

"There are various ways to count. I had my 300th grand prix in Spa. That's enough," he is quoted by Auto Motor und Sport.

"I'm not going to celebrate again. But if someone brings a cake, then that's ok," laughed Barrichello.