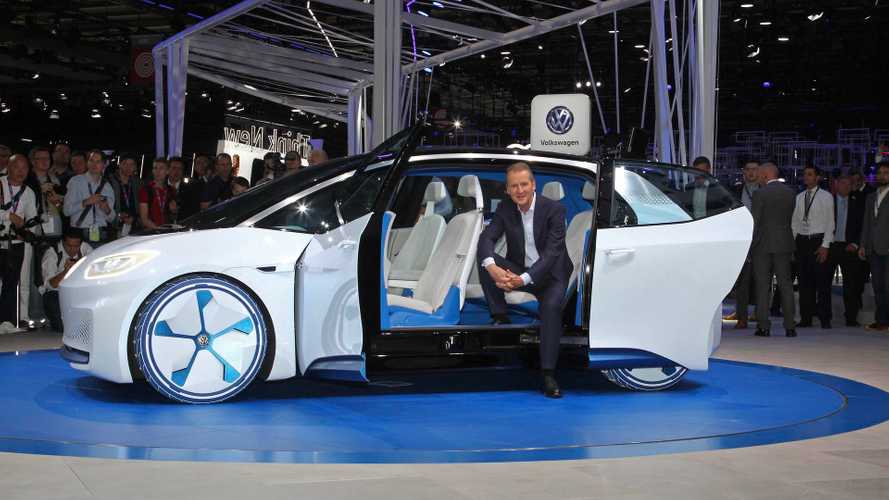 Today, Volkswagen Group announced it is considering personnel changes as part of a management revamp. Automotive News is reporting the company is seeking to replace current VW Group CEO Matthias Mueller with Herbert Diess, current head of the Volkswagen brand.

"Volkswagen considers a further development of the management structure of the group which would also be associated with personnel changes in the board of management," VW said in its statement announcing the possible changes.

Automotive News, citing two people close to the automaker, reports VW’s supervisory board could meet Friday. A timeline as to how soon Diess could replace Mueller is unknown. Mueller took over at VW in September 2015, a week after news of company’s diesel emissions scandal broke. The automaker, nearly three years later, is still struggling to put the scandal behind it. Mueller’s contract ends in 2020.

According to VW’s statement, Mueller showed "general willingness to contribute to the changes."

Diess, who has been pushing for changes in the brand’s structuring, joined the company in mid-2015 before the diesel scandal broke. Prior to joining VW, Diess was an executive at BMW.

The issue with restructuring VW lies with a tug a war between interested parties including the controlling families, stakeholders, and unions. The conflict is making it difficult to change the management structure, which investors say is key to VW’s future success, according to Automotive News.

"If Diess is confirmed as the successor, VW shares will extend their gains," Evercore ISI analyst Arndt Ellinghorst told the publication, who has an "outperform" rating on the stock. "We see no better alternative to Matthias Mueller to make the company fit for the future."