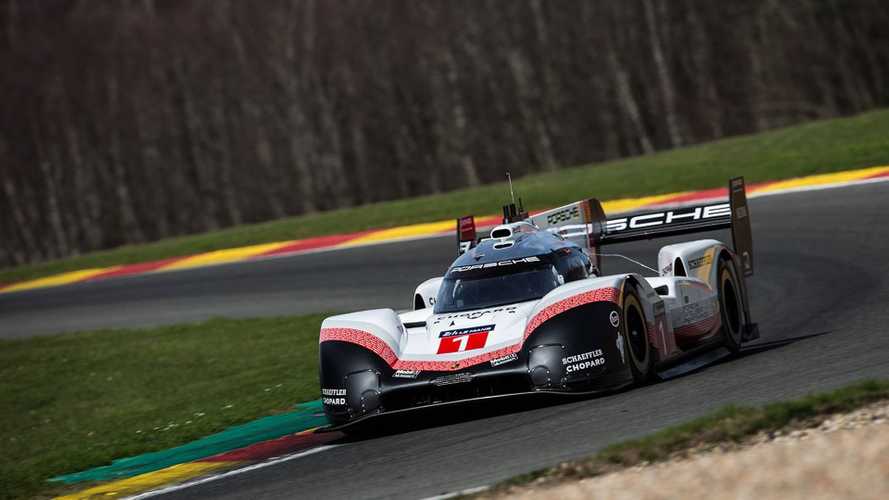 Porsche may have quit top-level sports car racing last year, but that hasn't stopped it bringing its all-conquering 919 Hybrid Le Mans prototype out to play.

The car, which in its various different guises won 17 wins from 33 races on its way to three straight FIA World Endurance titles between 2015-2017, is embarking on a farewell tour this year ahead of Porsche's top-level motorsport focus switch to Formula E next year for the all-electric category's sixth season.

However, the car they're using isn't quite the same 919 Hybrid that won the Le Mans 24 Hours three times in succession. Modified aerodynamics – including the addition of a Drag Reduction System (DRS) – and the lack of a restrictor takes the car away from homologation, while also giving it some serious performance – as if it wasn't serious enough already.

Recently, Porsche took the modified 919 Hybrid to Spa-Francorchamps in Belgium where Neel Jani, who raced the 919 Hybrid in every one of its races, lapped the 4.35-mile circuit in just 1:41.770s. That time was an unofficial lap record for the circuit. Not only was it 0.783s quicker that Lewis Hamilton's outright lap record, set during the 2017 Formula 1 Belgian Grand Prix, but it was also more than 12 seconds quicker than the 919 Hybrid's pole position time for last year's 6 Hours of Spa.

"The 919 Evo is brutally impressive. It is definitely the fastest car I ever drove," Jani said after his run. "The grip level is at a fully new dimension for me. I couldn’t imagine this amount beforehand."

The 919 Hybrid is powered by a 2-liter V4 engine mated to a pair of energy recovery systems – one recovering energy from the brakes, the other from the exhaust. In race trim, the car develops close to 900 horsepower (combining both the gasoline engine and the recovery systems), but for the lap at Spa, the figure was closer to 1,200 hp. A top speed of 223 mph (359 kph) was also recorded, bettering the 208 mph (335 kph) the car managed in low-downforce trim at Le Mans last year.

A number of other events for the 919 Hybrid are planned this year, including the Goodwood Festival of Speed, the Festival of Porsche at Brands Hatch, and the Porsche Rennsport Reunion at Laguna Seca in Monterey, California, where it will have another chance to topple an F1 lap record. The overall track record at Laguan Seca is 1 minute and 5.786 seconds, set by Marc Gene in 2012, behind the wheel of a Ferrari F2003-GA.

Before that though the 919 will perform a "demo lap" of the Nürburgring Nordschleife before the start of the 24-Hours Nürburgring race next month. Porsche currently holds the overall lap record at "The Green Hell', with Stefan Bellof lapping the German track in a Porsche 956 in just 6:11.13 back in 1983.

With an F1 lap record toppled at one iconic race track, surely it'll be easy enough for Porsche to beat its own 35-year-old record at another? We'll find out soon enough.