Yes, it still has the mighty 2.5-liter inline five-cylinder under the hood.

Roughly two years ago, Audi revealed the most powerful production version of the TT at the 2016 Beijing Motor Show. Given that, we’re surprised to see the German manufacturer is already cooking up a refreshed version for the TT RS, as these new spy photos reveal. 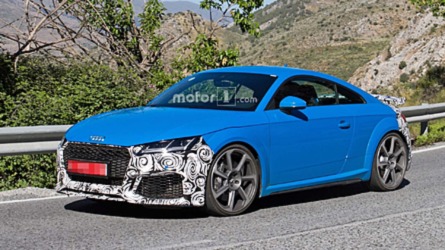 Taken at the legendary Nurburgring, the shots don’t tell us a lot about the sports coupe, but it appears to be undergoing only a light design revision. Up front, there’s a pair of headlights with new graphics and relocated LED running lights, as well as a radiator grille with slightly different shape. At the back, there’s a set of new taillights and a bit less prominent bumper diffuser. Similar treatment is also visible for the side sills, which are now a little thicker.

At this point, nothing can be said about the powertrain of the baby R8, but we bet the existing 2.5-liter inline five-cylinder turbo engine will soldier on without drastic changes. In its current form, it generates 400 horsepower (298 kilowatts) and 354 pound-feet (480 Newton-meters) of torque, which are channeled to all four wheels though a seven-speed dual-clutch automatic gearbox and a Quattro AWD system. 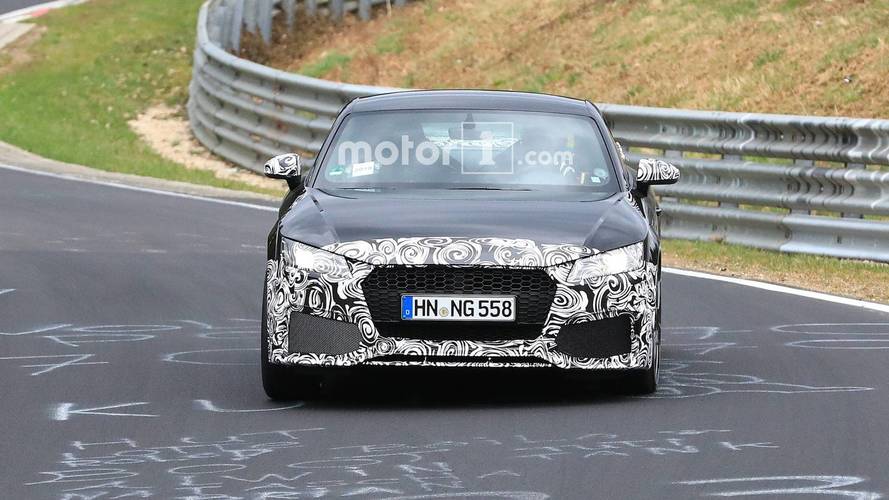 The 3,174-lbs coupe hits 62 miles per hour (100 kilometers per hour) from a standstill in just 3.7 seconds, and we expect this number to remain virtually unchanged. The top speed is electronically limited at 155 mph (250 kph), but optionally Audi can remove the restrictor and let the TT RS accelerate to up to 174 mph (280 kph).

The refreshed TT RS will continue to wear the crown for the most powerful production TT in history and will remain one of the most attractive offerings on the market. As standard, it rides on 19-inch wheels, while optionally available are 20s. Exclusive for the model are the Nardo Grey and Catalunya Red exterior colors.