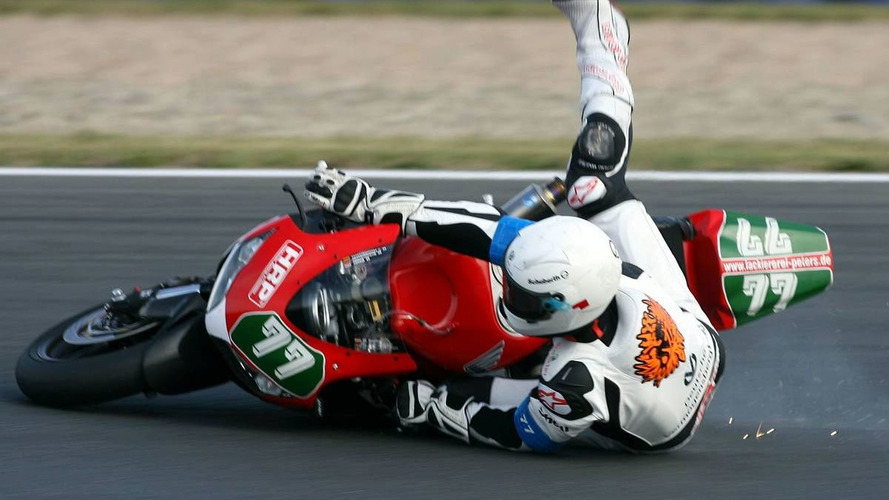 Mercedes insists it is still not worried about Michael Schumacher's outings on the saddle of powerful superbikes.

Mercedes insists it is still not worried about Michael Schumacher's outings on the saddle of powerful superbikes.

Immediately before travelling to Singapore this week, the seven time world champion tested 180 horse power KTM and Honda bikes at the Sachsenring circuit in Germany.

It was on the same sort of German IDM championship bike in early 2009 that Schumacher fell and hurt his neck; an injury that prevented him from racing in injured Felipe Massa's Ferrari cockpit last August.

But Mercedes' Norbert Haug said in July that if "Michael can deal with the risk, so can we".

And a spokesman for the German marque told DPA news agency on Wednesday: "Michael has fun riding bikes and knows exactly what he is doing, and we know that too."

Schumacher arrived in Singapore on Wednesday, and immediately headed to the Marina Bay area to inspect the street circuit on a scooter.

The German has never raced in the Asian city-state, nor in a formula one car under lights.

"Driving a new track has never been too complicated for me and I am usually very quick to learn and find the rhythm," he said.

Fellow Mercedes driver Nico Rosberg was asked in Singapore on Thursday if he will be offering advice about night racing to his famous teammate.

"He will probably ask, I probably won't tell him anything," he joked.