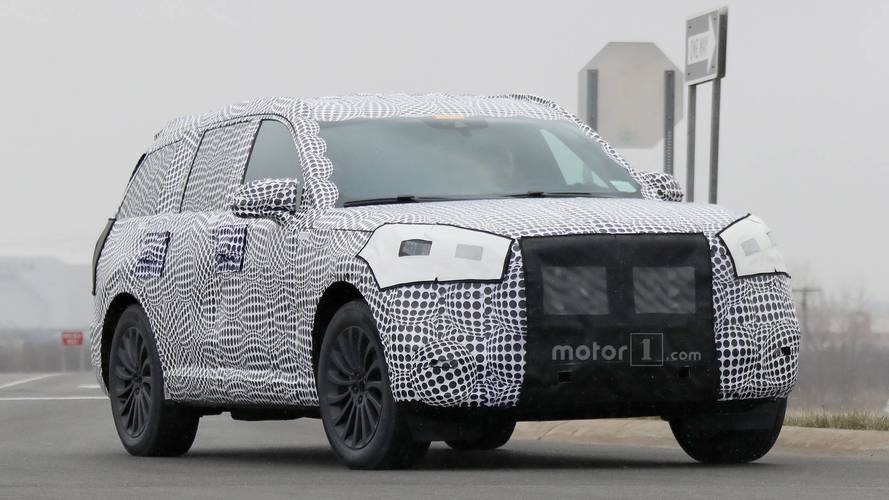 While the Lincoln Aviator displayed at the 2018 New York Auto Show looks ready for production; it’s actually a concept. One that is almost wholly baked. Last month, Lincoln design boss David Woodhouse confirmed the production model is nearly identical to the concept displayed in New York. There are few secrets here.

These spy photos do more to confirm Lincoln’s continued development on the Aviator SUV than to prove anything new regarding design. With the Aviator not expected to hit the market until sometime in 2019 as a 2020 model, there’s plenty of time for Lincoln to refine its new offering. The concept, both inside and out, features design elements found on its well-received and larger sibling the Navigator.

The Aviator rides on the automaker’s all-new D6 platform, which will underpin future Ford vehicles such as the Explorer. The platform allows for several running gear configurations including all-wheel, front-wheel, and rear-wheel drive. However, the Aviator will offer both rear-wheel drive and all-wheel drive.

While Woodhouse confirmed the Aviator would look very similar to its concept, details on the powertrain remain unknown. The concept had a hybrid powertrain, pairing a biturbo V6 and electric motor to make it “mightier than many supercars on the road today.” However, the concept did not have a charge port opening for a plug, so the production version could only come with standard gasoline-powered engines. Or, maybe, the automaker is thinking of introducing wireless charging.

When Lincoln finally unveils the production version of the Aviator, we doubt few people will be surprised by its final design inside or out. The automaker has a hit with its Navigator and translating that design down to a smaller package has certainly delivered an attractive SUV concept. The only details we are really waiting on is in regard to powertrain – or powertrains. The 3.0-liter biturbo V6 with its 400 horsepower sounds mighty enticing for the Aviator.