This Is Obviously Not Your Typical Lamborghini Aventador Roadster 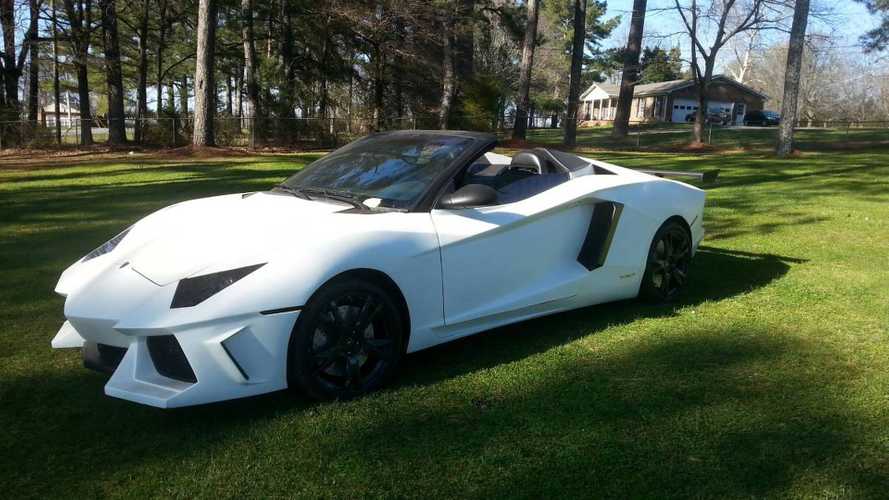 This isn’t the Lamborghini you’re looking for…

If you spend enough time on the internet, you’ll soon discover a breed of ads designed to play tricks with your perception of reality. Yes, they’re ads for cars, but for cars that don’t really exist. You’ve seen the Ferrari that’s built on top of a Pontiac Fiero. It’s not new, but it does look odd. Some examples are better than others, but there’s this uncanny valley your mind can’t seem to get around. While Fiero Ferrari’s are a favorite, other exotic automakers aren’t immune from "imitation is the sincerest form of flattery." What we have here is a replica Lamborghini Aventador that hails from Huntsville, Alabama.

This is, obviously, not a Lamborghini Aventador Roadster, nor does the ad claim it to be one. In the ad, found on Craigslist, the seller says the Lambo rides on a 2004 Pontiac GTO. That’s the first year of the GTO’s fourth generation after a 30-plus-year hiatus from the marketplace. Everything about the Aventador replica uses the donor GTO – from the drivetrain to the mechanicals and electronics. In 2004, the GTO came with the 300-horsepower 5.7-liter LS1 V8 offered in the Corvette at the time. The transmission, sending power to the rear wheels, is a four-speed automatic. When Pontiac introduced the GT0, the automaker claimed a sprint to 60 miles per hour took 5.3 seconds with a quarter-mile race taking 13.8 seconds to complete. That’s not Lamborghini levels of performance.

In this Aventador replica, the engine stays at the front with a “dummy” engine mounted midship. What that means isn’t clear. The replica has a glass faux rear hood where the engine should be in the middle; however, without a proper image, it’s hard to tell what the “dummy” engine is exactly. There is a placard noting a 7.0-liter V12 making 700 horsepower and 600 pound-feet of torque in the 2013 Lamborghini replica.

Yes, the proportions are off compared to a real Aventador, but there’s some excellent craftsmanship involved with replicating Lamborghini’s signature, hard-lined design ethos. Also, a convertible was never offered with the fourth-gen GTO, so whoever built the replica has done some serious work. Inside, the reproduction even has a raised center console that mimics the one in the actual Aventador, including a push-button start. There’s the Lamborghini script on the dash and the emblem on the steering wheel to complete the look.

The current asking price is $30,000, which may seem like a lot for a ten-plus-year old GTO, but that price is a steal for a 2013 Lamborghini Aventador Roadster.