It’s a battle of the biturbo sixes.

No one would think that in 2018, cross-shopping a Kia Stinger GT and Mercedes-AMG C43 would ever be a talking point. But here we are. While the two brands aren’t direct competitors, Kia, as of late, is not afraid to throw a few swings upmarket – and the Stinger GT appears to be landing a few solid blows. A new video from AutoTopNL pits the two cars against one another in an acceleration test, and the results are surprising.

Both the Stinger GT and C43 sport biturbocharged V6 engines. The Kia’s 3.3-liter mill produces 365 horsepower and 376 pound-feet of torque while the AMG’s 3.0-liter makes 362 hp 384 lb-ft. These cars are within spitting distance regarding performance. The only difference is the Kia in the video may not be equipped with all-wheel drive, which is standard on the AMG C43.

The other difference between the two is the price. The Stinger GT starts at $38,350 for the rear-wheel-drive model. Add AWD, and the price increases to just over $41,000. That’s more than $10,000 cheaper than the C43. However, when optioned, the Stinger GT's price can reach over $50,000 – just as the model we reviewed last year did.

In the video, AutoTopNL shows the instrument cluster of both cars during the acceleration test as they race up to 155 miles per hour (250 kilometers per hour). The C43 is quicker, but not by much. Not once during the race did the C43 get more than six or seven mph (about 10 kph) head of the Stinger GT. In some moments during the test, the gap between the two dwindled to just one or two mph. That’s not a substantial gap in performance between the two cars. It’s the sort of difference that could be eliminated in a controlled environment.

It’s hard to distinguish the two if you look at both cars from purely a performance standpoint. Yes, the AMG brand certainly has prestige over the Kia, along with more standard features for the price. However, if you’re looking at performance and price, it’s very difficult to overlook the Stinger GT as just another Kia. It can definitely punch above its weight. 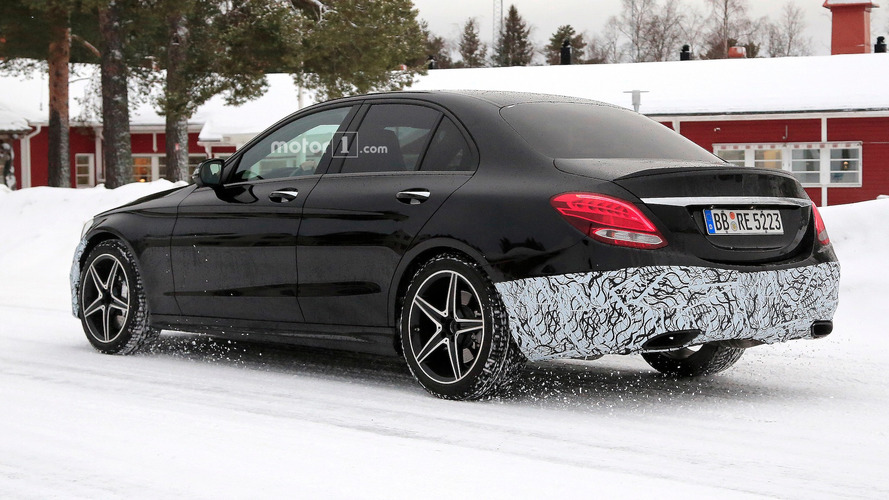