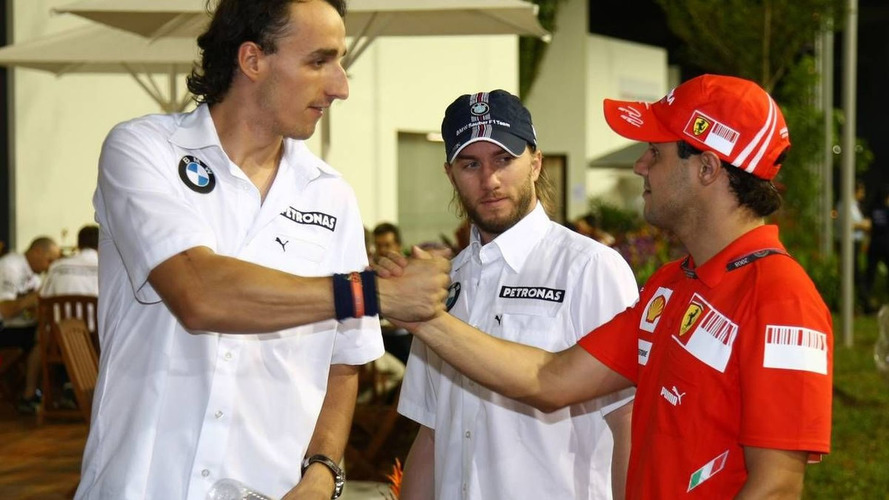 Rumours of driver movements within the top teams are yet again gaining traction.

Rumours of driver movements within the top teams are yet again gaining traction.

Recently, a Spanish television station reported that, notwithstanding the existence of new contracts, Felipe Massa and Robert Kubica could be set to swap seats for 2011.

The Swiss publication Motorsport Aktuell is now reporting a similar rumour, whereby Massa would leave Ferrari at the end of the season to make room for Pole Kubica.

But the report said Brazilian Massa would be accommodated not by Renault but by Ferrari powered Sauber, where he drove as a rookie in 2002 and again in 2004-2005.

"Of course I read all the rumours," Kubica said in an interview with spox.com, "but in the end the only thing is winning.

"We are all here because we want to win and you need the best car for that. Currently I'm at Renault and so I am focused on this team and on improving together.

Kubica admitted that he would like to race for Ferrari one day.

"In karting, Formula Renault and F3, I've always been with Italian teams and I even lived for more than a year near Monza.

"Ferrari is a team unlike any other," he acknowledged. "The emotion and the history is unique. I think every driver would like to drive for Ferrari."