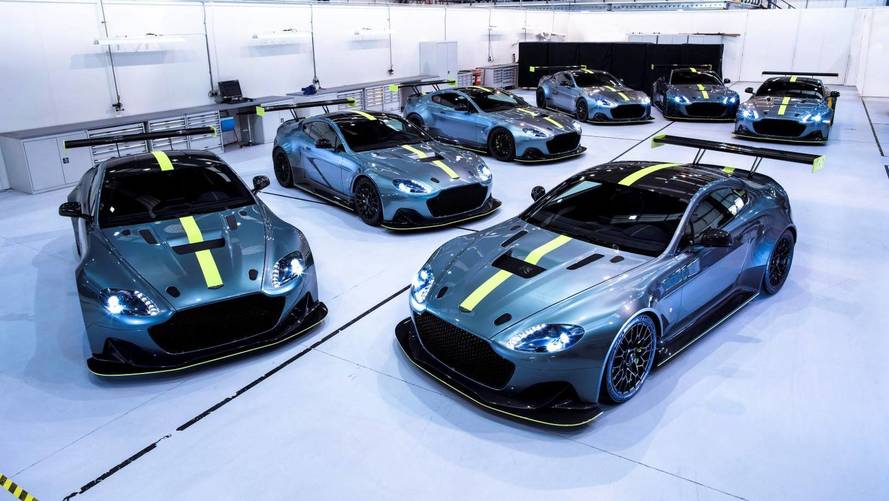 You can’t have one.

The Aston Martin Vantage AMR Pro is one of those rare vehicles that bridge the gap between street car and race car. Designed by the automaker to bridge Aston’s street-going prowess and its racing AMR – Aston Martin Racing – AMR is yet another performance acronym from a luxury automaker that wants to bring the race car to its customers. First introduced just over a year ago, the Vantage AMR is only one of several AMR vehicles coming to the Aston lineup. The automaker says each model will have an AMR variant eventually.

What Aston has here, displayed for a gorgeous photo shoot, are seven unique Vantage AMR Pros with the Stirling Green and Lime livery worn by last year’s #97 24 Hours of Le Mans winner. On the center console, there’s a commemorate button celebrating the No. 97 Vantage GTE’s 24 Hours of Le Mans win. Sadly, each has already left for their new home with owners around the world.

Nearly everything about the Vantage AMR Pro screams race track. Under the hood is Aston Martin Racing’s 500-horsepower GT4 V6 engine. Underneath, there’s a race-spec suspension, and competition transmission and engine. Michelin Pilot Cup 2 tires are standard along with center-lock wheels. Other visual changes include a new front bumper, grille, aggressive splitter, new front fenders, a revised rear diffuser, and dedicated sills. Aston also widened the front track. The hood and rear wing are the same as the WEC winner. You can’t get much closer to owning a race car than this. Aston offers two levels to AMR specification – AMR and AMR Pro. The pro, obviously the more hardcore offering.

Considering how rare AMR cars are to begin with, these seven-of-a-kind Vantages are just that much more unique. Seen as how they’re already sold, pricing information is not needed. Expect them not to be cheap.