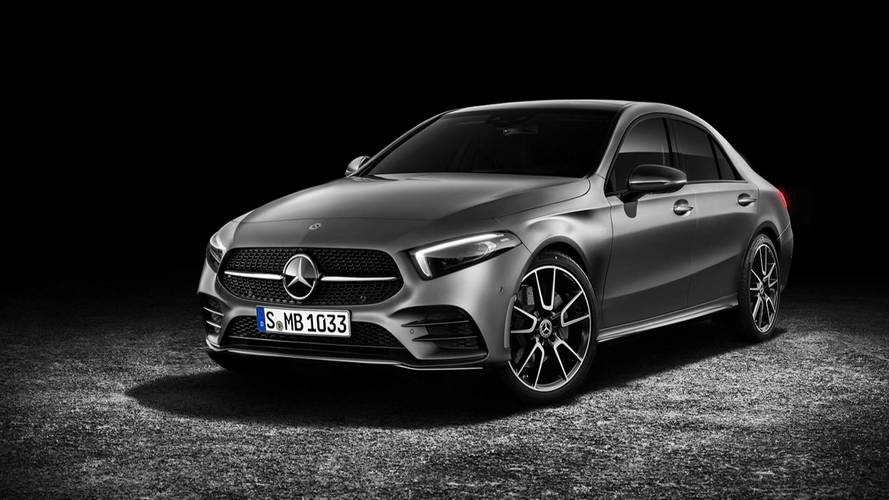 With the Geneva and New York auto shows in the rearview mirror, we are slowly but surely turning our attention towards the next big event. The Beijing Motor Show will open its doors for the press on April 25 and for the general public four days later. With a little over two weeks to go, it’s no wonder rumors are beginning to emerge about what we’ll be able to see at the increasingly important event.

Auto Bild has it on good authority Mercedes will be there to unveil the production version of the A-Class Sedan, a first for the brand. Slotting underneath the CLA, the new model has already been confirmed for a launch in the United States in the standard wheelbase configuration. A LWB model is set for a launch later this year in China, as per a roadmap from September 2017.

Going up against the Audi A3 Sedan and the China-only (for now) front-wheel-drive BMW 1 Series Sedan, the new member of the Mercedes family should echo the design of its hatchback counterpart. It should be the same story with the interior cabin, which dare we say is exceptional for what is effectively the entry point into the Mercedes lineup. Engines, gearboxes, and all the other oily bits will be taken from the hatch, so we’re not expecting any surprises.

Needless to say, the LWB model reserved for China will provide more generous legroom for rear passengers, thus serving as a suitable model for customers not willing to step up to the C-Class, which itself has an extended version in the People’s Republic along with the E-Class.

According to the same report, BMW will be at the Beijing Motor Show to (finally) reveal the M2 Competition rumored to have 410 horsepower, and the iX3 concept set to preview the fully electric X3 due in 2020.