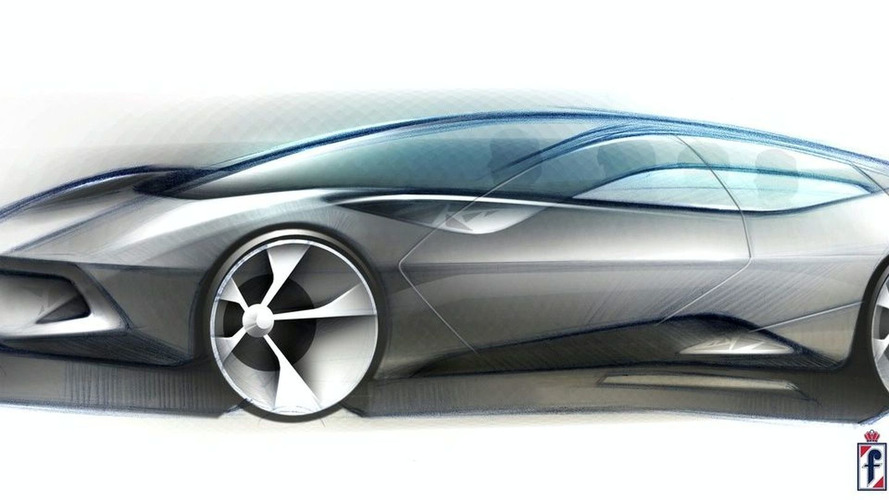 Pininfarina relases the firs sketch of the Sintesi, the first concept since the Birdcage 75th

Pininfarina has released the first sketch of the new Sintesi, its first concept car since the Birdcage 75th, presented in the 2005 edition of the Geneva Motor Show. Due to be first shown to the public in March, also at the Geneva event, the Sintesi has been given a website of its own, www.sintesi.pininfarina.com , only to tease visitors about what the Italian â€œaziendaâ€ has prepared this time. Most of the images in the photo album have been taken from it.

The Sintesi, as its name states, intends to be a synthesis of the sportiness that has always emerged from Pininfarinaâ€™s projects and the functionality another of its famous concept cars, the Nido, has demonstrated so well. These ideas would perfectly fit the new electric car Pininfarina will release in 2010, in a partnership with the French company Bollore. Most people would think the logical choice would be the Nido, since the own company relates the new product to its city cars. The current conception of what an electric car should be also points to small vehicles, but the Nido is a two-seater and Pininfarina has already informed the electric car will be a four-seater, just like the Sintesi will beâ€¦

The low-volume production, only 15,000 cars a year, also points out that Pininfarinaâ€™s electric vehicle will be more willing to face the Fisker Karma than a smart fortwo.

Sintesi is also the first concept created under the direction of Lowie Vermeersch. Check out what he says about the car: â€œThis concept car is the synthesis of our values, of the love for our work and our passion for innovation, of beauty driven by functionality, of sportiness and elegance. However, Sintesi isnâ€™t only the expression of Pininfarina design; it also embraces innovative technologies that allow us to explore new typologies of mobility, active safety and packaging solutions.â€ Any doubts it is a serious candidate to become a production electric car?

The chairman Andrea Pininfarina endorses this idea. â€œThree years ago we unveiled Birdcage 75th, our last prototype. Together with our new concept Sintesi we would like to anticipate new car design trends. In Sintesi, we put all our goodwill in looking at the future, first and foremost in resorting to the excellence of our design.â€ Letâ€™s way and see!