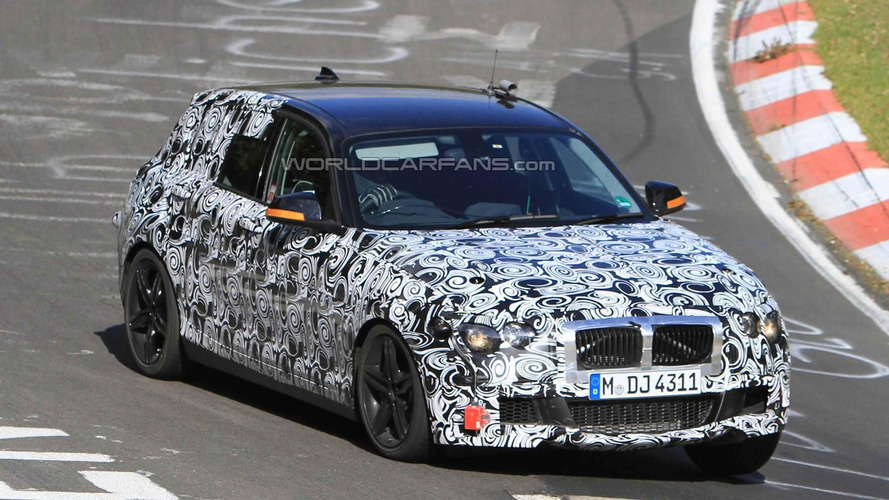 Check out the new set of photos of the next-generation BMW 1-Series five-door with the M-Sport package, inside.

Spies in Germany have captured images of the next BMW 1-Series five-door wearing the upcoming M-Sport package.  The car was spotted motoring around the Nürburgring, possibly using an inline-six engine.

Previous reports suggest the top-shelf car's engine will be a twin-turbo 3.0-liter model that generates 322 horsepower (240 kW, 326 PS) and up to 450 Nm (332 ft-lb) of torque.  The engine could be mated to either a six-speed manual, or a seven-speed dual-clutch automatic.

Most of the M-Sport features are covered up, but the car is displaying larger air intakes.  It also appears to be lower to the ground, though that could be an illusion due to the new side sills and larger wheels.  The car seems to now have tailpipes on either side of the license plate, instead of grouped together on the left.

Other M-Sport features, like sport seating, aluminum trim, anthracite headliner, and a choice betweeen alloy rims and extra paint options should be seen on the car.  The next BMW 1-Series should hit the market next year as a 2012 model year car.