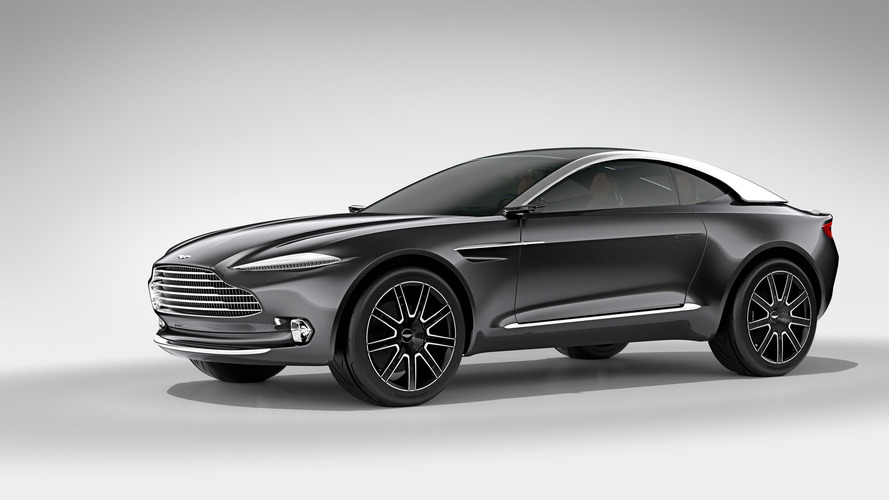 Lagonda might get an electric SUV of its own, though.

Aston Martin is stepping back from plans to offer its upcoming SUV, allegedly called the Varekai, in electric or plug-in hybrid variants. There won't be a diesel version, either, because there won't be a future for the powerplants, according to the company. This will likely mean that Aston's 5.2-liter biturbo V12 and Mercedes-sourced 4.0-liter biturbo V8 will be the most probable powertrains available for the vehicle.

"My belief for a long time is that diesel's life is limited. Ultimately it's dead," Aston Martin boss Andy Palmer told Automotive News Europe. He dismissed using a plug-in hybrid by saying: "It's probably a convenient stepping stone but it's not one we need."

Earlier reports suggested the SUV could be available with any many as five engine options with the gasoline-fueled choices arriving first. The DBX concept that previewed the model's look was an EV, which led to the speculation that the production version would be available in electrified form, too.

The British sports car maker will reportedly give the SUV a distinctive look that will visually separate it from the Vantage and DB11. It'll also ride on an all-new platform, Aston will attempt to lure more female buyers to the brand by offering a mix of performance and luxury from its first SUV. Production will take place at the company's new factory in St Athan, Wales, and the first examples will arrive at dealers in late 2019 or very early 2020.

Gallery: Aston Martin DBX to be assembled in Wales

Aston Martin will eventually build some EVs by focusing Lagonda on being a premium EV brand. One model will likely by a Bentley-fighting sedan with cues from the Lagonda Vision concept, and there will probably be an electric SUV, according to Automotive News Europe.

Based on the Lagonda Vision, Aston Martin appears to want to position brand as something very different in the segment. Rather than the staid look of a Bentley Mulsanne, Rolls-Royce Phantom, or Mercedes-Maybach S-Class, the concept features a wild appearance with a radically arching roof and ultra-short overhangs.