Subaru WRX To Keep The Manual Gearbox Alive For Next Generation 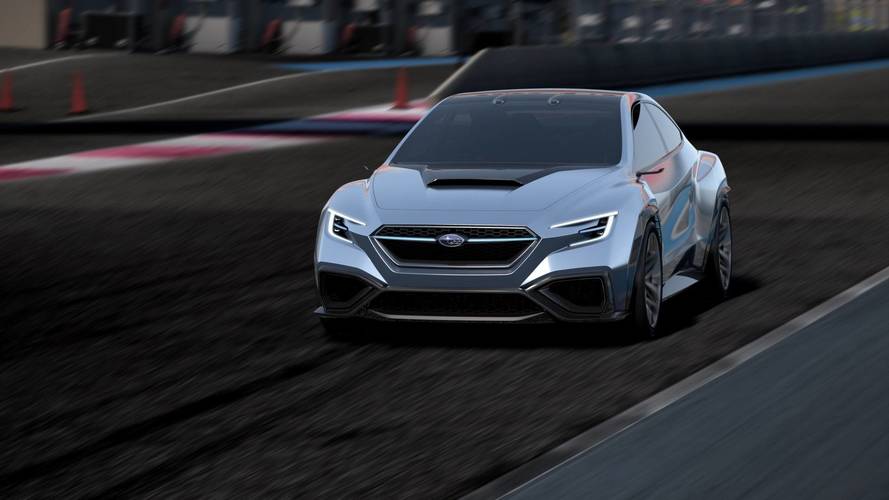 New hybrid WRX should arrive in 2020.

The new Subaru Forester will be offered, at least initially, exclusively with a continuously variable transmission. The automaker says it is selling only three to five percent of the model’s total volume with a manual gearbox, and will be slowly dropping it from its upcoming vehicles also because of its worse compatibility with the Eyesight driver assistance system. Does that mean the next generation WRX won’t get a manual? Thankfully – no, not at all.

While the new WRX will most likely switch to an advanced hybrid powertrain to meet the stricter emissions standards, there’s no reason the manual should be discontinued from the lineup.

“No, we’ll still have manual transmissions in our performance line like for the WRX, but just not in the Forester,” Subaru North America CEO Tom Doll told Drive during the 2018 New York Auto show.

The hybrid system also means Subaru will retain its famous all-wheel-drive setup for the WRX, as the new generation, slated to arrive in 2020, will get a 2.0-liter turbo boxer engine for the front axle and an electric motor-driven rear axle, replacing the current 2.5-liter turbo that “can simply not exist in the future.” A move to the new Subaru Global Platform will allow for lower weight and better rigidity, while the design will be heavily inspired by the Viziv Performance Concept.

Meanwhile, Subaru remains confident the CVT is the most efficient transmission for SUVs and says it has no plans to develop new gearbox options.

“We think the CVT is most efficient option for this compact SUV class in terms of required torque that the transmission has to take from the engine,” Tomoyuki Nunome, project manager for the Forester program, commented. “That’s why we chose CVT. Within that torque range of this class the CVT is the most efficient for us.”