Mercedes Planning The S-Class Of Electric Vehicles For 2020 Launch

But it won't be labeled as an S-Class. Instead, EQ S seems very likely.

Hot on the heels of announcing a C-Class-like pure EV, Mercedes is refreshing our memory about similar plans for the flagship S-Class. Slated to come out in the years to come, the zero-emissions electric vehicle will be “at the level of the S-Class, no doubt,” but it’s going to carry a different moniker. With the three-pointed star company applying for an "EQ S" trademark some time ago, putting two and two together means we basically already know the car’s name.

In an interview with Autocar, Mercedes’ project boss for large cars, Michael Kelz, described the firm’s range-topping EV as being a “luxury, electric car, a top-of-the-line car.” He went on to mention that thanks to the adoption of electric powertrains, the sedan’s front and rear overhang will be shorter compared to those of the conventionally powered S-Class. 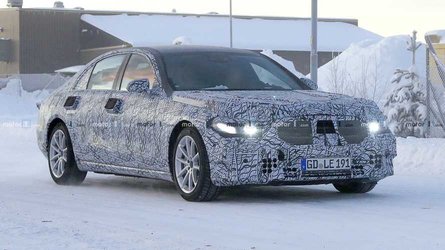 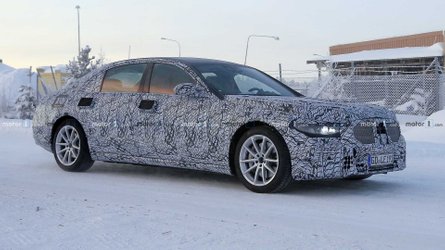 New Mercedes S-Class To Be Offered Only With Long Wheelbase?

A concept for the EQ S has already been developed and Kelz estimates it will make the transition towards a production model as early as 2020 or no later than 2022. Besides these two electric sedans, also on the agenda for the new family of electric vehicles are a small EQ A hatchback and an EQ C crossover. Both of them have already been previewed by concepts and the first one to see the light of day will be the CUV slated to hit the streets in 2019.

In related news, Kelz also mentioned the third-generation CLS has been engineered to accommodate a plug-in hybrid powertrain since it rides on the MRA platform. That being said, there are no plans at the moment to give the stylish sedan a charging port, but things could change should there be enough demand for a plug-in version to make Mercedes change its mind.

Meanwhile, the CLS is available as a hybrid in the top-spec 53 specification with a combined output of 429 horsepower and 384 pound-feet (520 Newton-meters) of torque. The same amount of hybrid punch can also be had in the E53 Coupe and Convertible duo as well as the GT 53 4-Door Coupe.