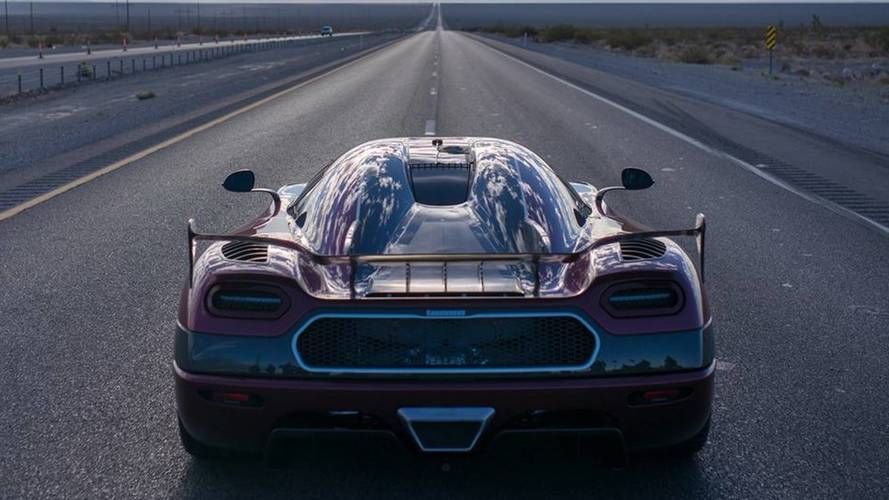 The firm already has its next hypercar under development.

Koenigsegg has reached a milestone by completing production of the Agera RS hypercar. There are only two more regular Ageras to build, too.

The RS also continued Koenigsegg's tradition of building some of the top hypercars in the world. The model even set a Guinness World Record has the fastest production car by reaching 277.87 miles per hour. Christian von Koenigsegg claimed the model could have gone even faster, but he cited "risk factors" for not pushing harder.

Koenigsegg originally intended to produce 25 units of the Agera RS and sold the entire allocation in just 10 months. However, the Swedish firm actually built an extra example after one the automaker's test driver crashed one on a track in Trollhattan, Sweden. This replacement car was the final RS that Koenigsegg built. The company now plans to shift its focus to filling orders for the Regera.

Koenigsegg already has a virtual-reality model of the new vehicle, and it's showing the car to potential clients. The firm intends to debut the model in the real world at the 2019 Geneva Motor Show. Details, including the name, remain scant. Like previous Koenigseggs, it has a removable roof panels and dihedral-opening doors. Power comes from a more powerful, lighter weight version of the firm's biturbo V8.

The last Agera RS has rolled off the Koenigsegg production line.

The Agera RS has become an icon, one of the true stars in the automotive galaxy and a car assured of its place in history. It leaves our production line as the owner of five world speed records, a car offering performance and usability unmatched by any other.

To those who managed to order one of the 25 cars, we thank you for your trust in our vision and brand, and we congratulate you on your foresight, your acumen, and your truly unique car.

As with the One:1 program, there was a factory Agera RS built, which has now also been sold and delivered to an esteemed long term Koenigsegg collector now that the RS program is complete.

In addition, and as previously reported, a replacement car for the damaged Agera RS ‘Gryphon’ has been built. This was the final RS to roll off our production line, just days ago.

With the RS series complete, the Agera line has two more cars to be built and delivered – two Final Edition vehicles. The Final Edition series debuted at the 2016 Geneva Motor Show with the appearance of the One of One (below). The two super-bespoke Final Editions nearing the end of production right now will complete that series of three vehicles – and the Agera line of vehicles as a whole.

In some ways, the departure of the Agera RS from our production line has a tinge of sadness to it. The car has been a fundamental part of all our lives for the last three years. It emerged from the shadow of the One:1 to become a world-beater and is still extremely sought-after, given the icon it has become.

Moving on is a good thing. Perfection is a moving target, after all.

Our focus now shifts 100% to the Regeras that have been filling up our production line for the last few months and as you might have seen, several have already been finished. We are extremely excited to finally give our customers the full Regera experience, and to see these unique and wonderful cars hit the road around the world.