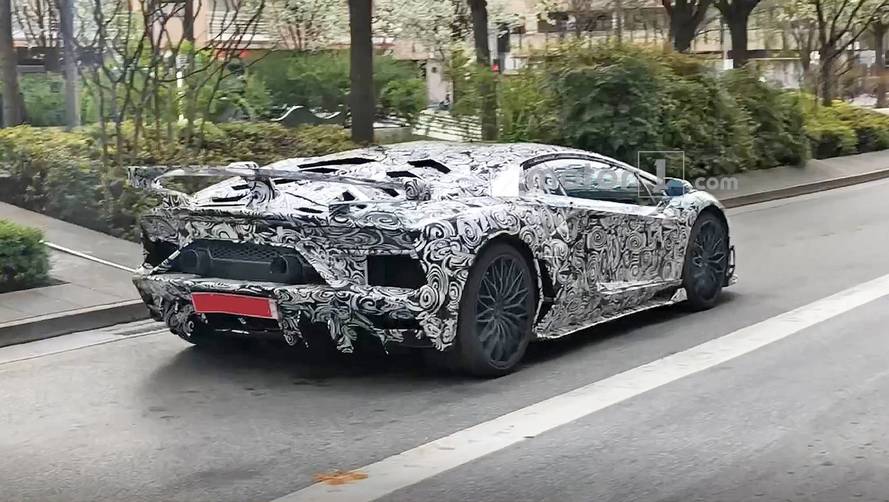 The Aventador Superveloce Jota could debut later this year.

With a replacement for the Lamborghini Aventador Superveloce expected sooner rather than later, it’s no surprise test mules and prototypes are being spotted. The new images don’t show much in the way of exterior changes up front. However, there are some noticeable differences between your standard Lamborghini Aventador and the forthcoming Superveloce Jota when you look at the rear.

The biggest difference is the exhaust, which feature bigger pipes that are positioned higher on the rear fascia. This is similar to what’s seen on the Huracán Performante, which has the exhaust positioned above the license plate as opposed to lower on the corners of the rear bumper. The other difference lies in the massive rear wing, which has an all-new design over the one found on the outgoing Aventador Superveloce. The front bumper is significantly toned down compared to the current Superveloce. However, this could be due to the car being a test mule.

Other details on the Superveloce Jota are scarce. The naturally-aspirated 6.5-liter V12 could push 800 horsepower. It should, at minimum, match the 770 horsepower (566 kilowatts) and 507 pound-feet (690 Newton-meters) of torque available in the Centenario.

As more and more Aventador SVJ test mules are spotted in the wild, expect more revealing spy photos to come as the automaker finalizes the car’s design. We already know the car will carry the Jota nameplate, which has a lot of pedigree for the Lamborghini brand. Expect both a coupe and roadster version.

It shouldn’t be too long before we see the final product. With the automaker testing the vehicle now, we should see a production version, at the latest, this fall. We may even get a glimpse this summer. Until then, we’ll keep digging for new information.