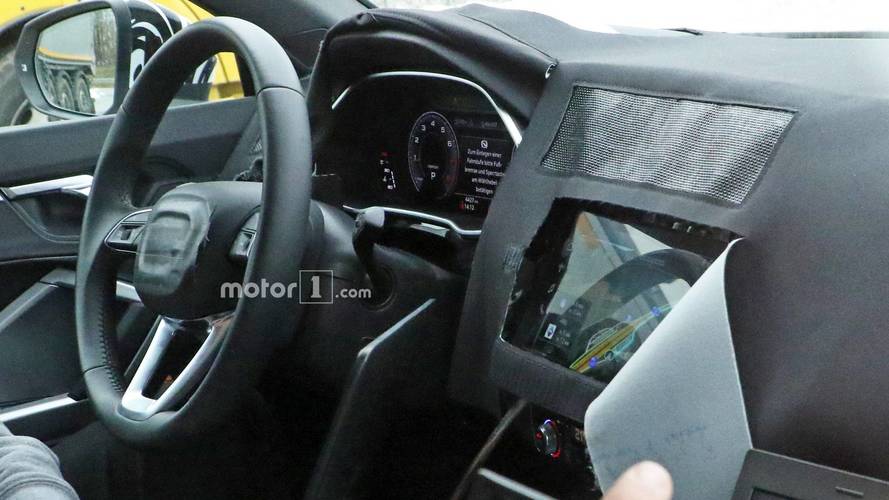 Unlike fancier, more expensive Audis, the new Q3 has conventional controls for the climate settings.

Only a few days after trying to predict its exterior design through a speculative render, the Audi Q3 is making the headlines once again courtesy of a fresh batch of spy shots. While there’s nothing to report regarding the evolutionary design of the exterior (we’ve seen it plenty of times already), what’s truly interesting about the new images is that some of them allow us to take a peek inside the cabin.

As with basically all recent models carrying the four rings, the revamped Q3 will feature the all-digital Audi Virtual Cockpit, likely the second generation that debuted with the A8 last year. But unlike the company’s flagship as well as the A7 Sportback and the recently unveiled A6 Sedan, the posh crossover won’t feature a pair of touchscreens on the center console.

Saying goodbye to the much-criticized, tablet-style infotainment of the outgoing model, the 2019 Q3 is finally getting the MMI’s touchscreen nicely integrated into the dashboard. As you can see, the climate controls mounted right below the screen are conventional buttons and knobs, so there’s no secondary touchscreen to integrate all of those functions.

The rest of the dashboard remains pretty much concealed underneath the large piece of fabric, but even so we can observe the central air vents are positioned on top of the infotainment’s display as opposed to below like they are on the current Q3. The steering wheel with metallic accents should look familiar to Audi fans, as should the frameless rearview mirror. Judging by the digital rev counter that goes up to 8,000 rpm, the prototype was powered by a gasoline engine.

Audi has confirmed plans to unveil the second iteration of its small luxury crossover at some point in 2018, so we’re expecting to see it at the Paris Motor Show early October or even sooner on the Internet. Its MQB underpinnings should enable a healthy diet, despite what will likely be a small increase in size necessary now that the Q2 is serving as the company’s entry-level crossover.

Following the launch of the regular Q3 versions, Audi will likely then gear up to roll out a first-ever SQ3 and eventually a new RS Q3 range topper.