After giving its European light commercial vehicle lineup a full refresh in the last 12 months, Ford is now working on a facelifted version for its largest cargo van, the Transit. It’s been spied by our photographers undergoing testing in the United States, where it should debut by the end of this year.

Visually, the big boy won’t be getting major revisions, as these spy photos reveal. The Blue oval company will only update the headlights, front bumper, and radiator grille, which will accommodate all the radars and sensors needed for the parking assist and cruise control functions.

Way more important changes are planned for under the hood, where the range-topping 3.5-liter turbo V6 will be revised to deliver more power and better fuel consumption numbers. It will be mated to a new 10-speed automatic transmission, which will most likely remain an exclusive option for the EcoBoost V6. Just like today, the model will continue to be offered with a less powerful V6 and a more fuel-efficient five-cylinder diesel, too.

The refreshed Transit will keep its wide portfolio of different variants, which includes two wheelbases, three lengths, and three roof heights to go along with three engines and your choice of cargo- or passenger-carrying configurations. We don’t expect to see an all-wheel drive. 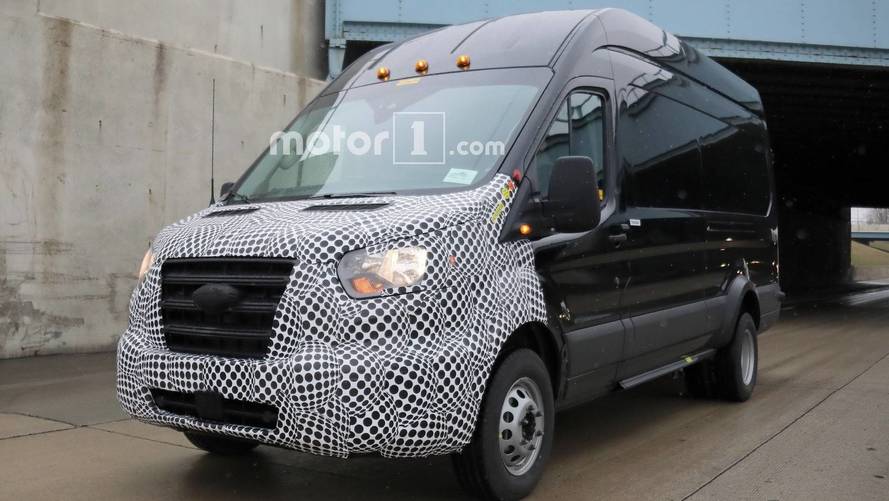 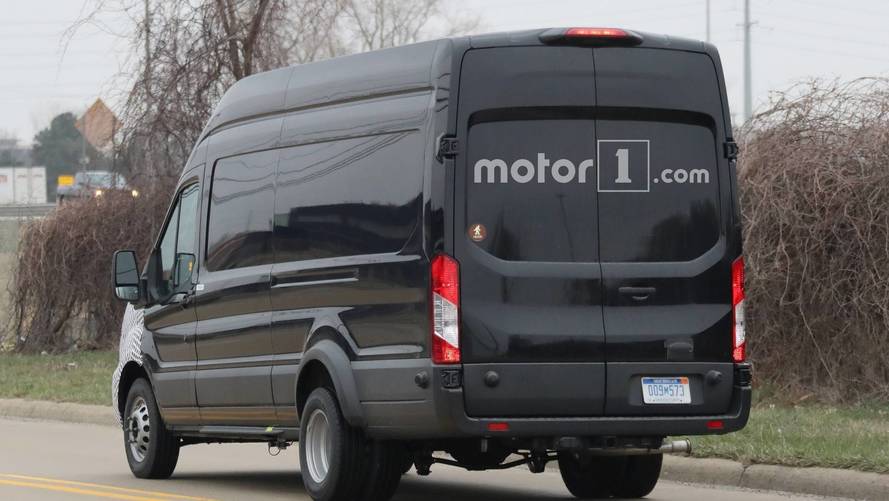 The Transit’s smaller brother, the Transit Custom, was refreshed earlier this year and received two new engines – a base 2.0-liter direct-injection four-cylinder replacing the outgoing model’s 2.5-liter motor, and a 1.5-liter diesel unit with fuel consumption of more than 30 miles per gallon highway. Both engines are mated to an eight-speed automatic.

In Europe, Ford has a wider family of LCVs – in addition to the Transit cargo or passenger van and the Transit Connect, the automaker also sells the mid-range Transit Custom van and the entry-level Transit Courer. Both they received facelifts last year with improved engines and more standard and optional features for the cabin.