Automakers are rushing to stand out in the crowded crossover and SUV market. With so many new models being introduced, getting lost in the four-door, slab-sided plethora of available options. So, it shouldn’t come to anyone’s surprise that Volkswagen’s newest crossover entry – the T-Roc – will soon be losing its roof. It’s all about diversifying that lineup, baby.

The latest rendering from Automedia isn’t all that surprising. It looks like a two-door convertible crossover. If people aren’t buying sedan-based convertibles, maybe they’ll buy a drop-top crossover? The bright orange exterior does give the T-Roc Cabrio an attractive appearance.

The T-Roc convertible is coming: 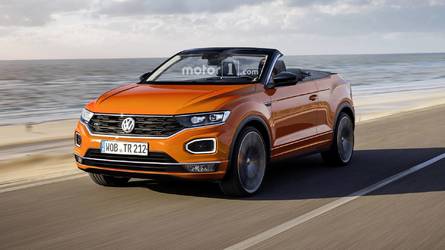 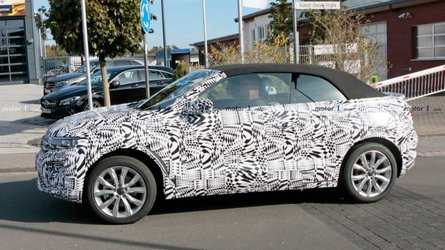 However, it’s hard not to draw comparisons between the T-Roc and other convertible SUVs. Both Nissan Murano CrossCabriolet and Land Rover Range Rover Evoque Convertible are things that exist or have existed. So, there must be a business case somewhere.

It’s not like Volkswagen isn’t dedicated to the T-Roc Cabrio. The automaker is investing €80 million to bring the drop-top T-Roc to production, which is about $100 million in U.S. currency. Production will occur at the automaker’s Osnabrück.

Hopefully, the T-Roc Cabrio doesn’t suffer the same drawbacks as those other convertible SUVs. The addition of a convertible top often eats up precious cargo space, limiting leg room for rear-seat passengers. It’ll also mean ingress and egress will be more difficult for rear-seat passengers. The rendering hits the T-Roc Cabrio could suffer similar issues.

Maybe Volkswagen knows something we don’t? The T-Roc is a fresh new compact crossover entry that has yet to establish itself in the marketplace. However, perhaps following up the crossover’s introduction with something unique will help it garner customers’ attention?

Production on the Volkswagen T-Roc Cabrio begins in 2020. Expect more details leading up to the convertible crossover’s launch.

4 Photos
By: Anthony Alaniz
++
Got a tip for us? Email: tips@motor1.com