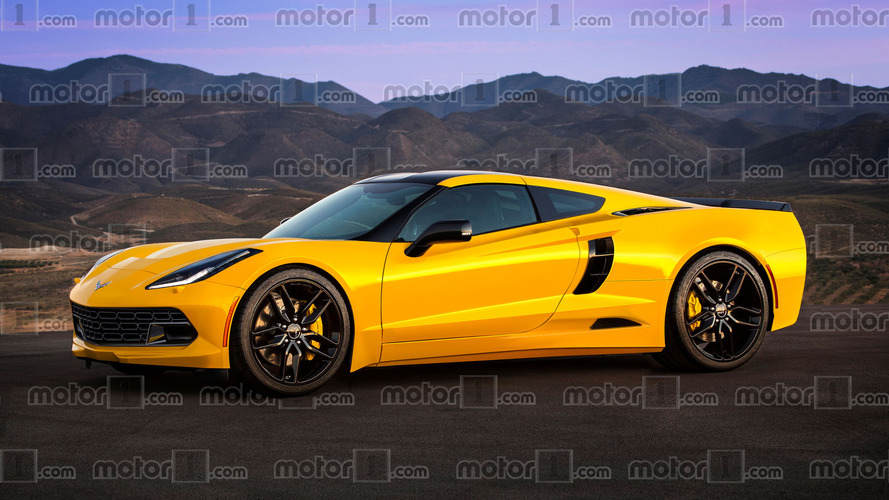 We could see the supercar by the end of the year.

This week, Chevy dealers from across the country are meeting in Las Vegas. One such dealer in attendance, Nate Chandler of New York’s Van Bortel Chevrolet, is alleging to have seen a glimpse of the long-rumored mid-engine Corvette, according to Corvette Blogger.

Chandler took to Corvette Forums to spill what he saw. In the post, he says, “I just left the General Session presentation by GM/Chevy at the "Find New Roads" Dealer's Conference at Mandalay Bay, Las Vegas. We got a glimpse of the C8 Corvette. It is coming. GM called it a supercar. The two pictures we saw showed very little, but I'm thrilled to share I caught a glimpse of the production car. It definitely looked mid-engined. The front hood reminded me of a Lotus. Front bumper cover reminded me of the 2019 ZR1. Time to go party at the reception. If I bump into Brian Sweeny, U.S. VP of Chevy, or other GM Execs, I will ask some questions and report back!”

Naturally, Chandler’s post gained attention, with other users asking as an assortment of questions. One interesting tidbit Chandler posted that contradicts other reports is that we should expect a teaser image relatively soon with a public announcement coming later this year. We reported back in January after the mid-engine Corvette failed to appear at the Detroit Auto Show that Chevy wouldn’t unveil the car until January 2019.

Chandler reiterated the hood reminds him of a Lotus or, possibly, a McLaren, appearing to be significantly smaller and lower than the current-gen C7 Corvette. He also noted the hood did not seem to have vents.

One other interesting bit of news Chandler mentioned was that a performance-electric car is in the development. Chandler said it looked very much like a crossover. Maybe Chevy is taking a cue from Ford’s electric Mustang crossover?