The Mercedes-AMG E63 S wagon – it’s super quick and you know it. It’s actually quicker than the new BMW M5 and Porsche Panamera Sport Turismo Turbo, so it’s basically the fastest wagon money can buy today. Still not convinced? Just watch the video at the top.

It gives us another reason to love the E63 S, because it shows what the car is really capable of. Straight line acceleration, top speed on the German Autobahn, and rolling start accelerations at different gears – all that thanks to the folks over at the Automann YouTube channel.

Yes, it's actually faster than that:

With a biturbo 4.0-liter V8 under the hood and monstrous power of 612 horsepower (456 kilowatts), this wagon registers supercar acceleration times – 0 to 62 miles per hour (0-100 kilometers per hour) in just 3.3 seconds and 0-124 mph (0-200 kph) in 11.4 seconds. To put these numbers into context, the Audi R8 V10 Spyder supercar, for example, has almost identical sprint times and is actually a touch slower.

Don’t forget even for a second that this is still a practical station wagon, which means it can comfortably accommodate up to five passengers and has a cargo capacity of 64 cubic feet or approximately 1,812 liters. Mercedes promises 22 miles per gallon on the highway, but keep in mind that you won’t be getting anything close to this number if you push it to its limits, just like the test driver in the video does. Base price? $106,950 MSRP. 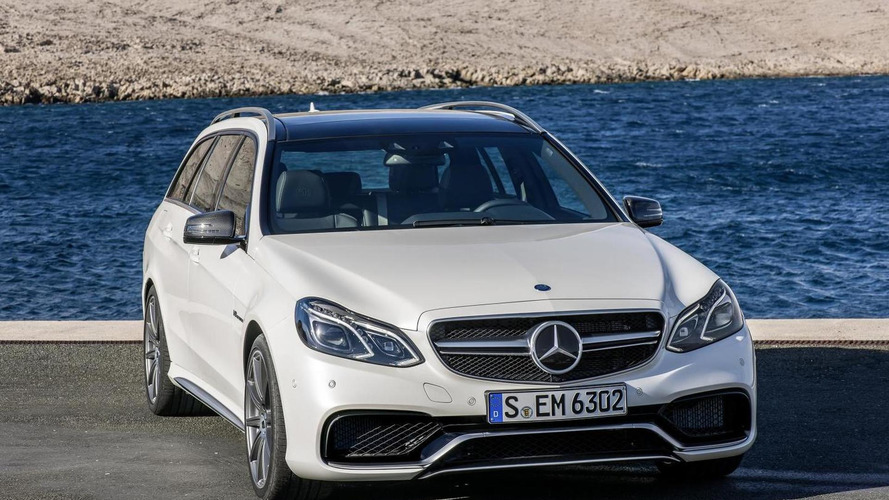