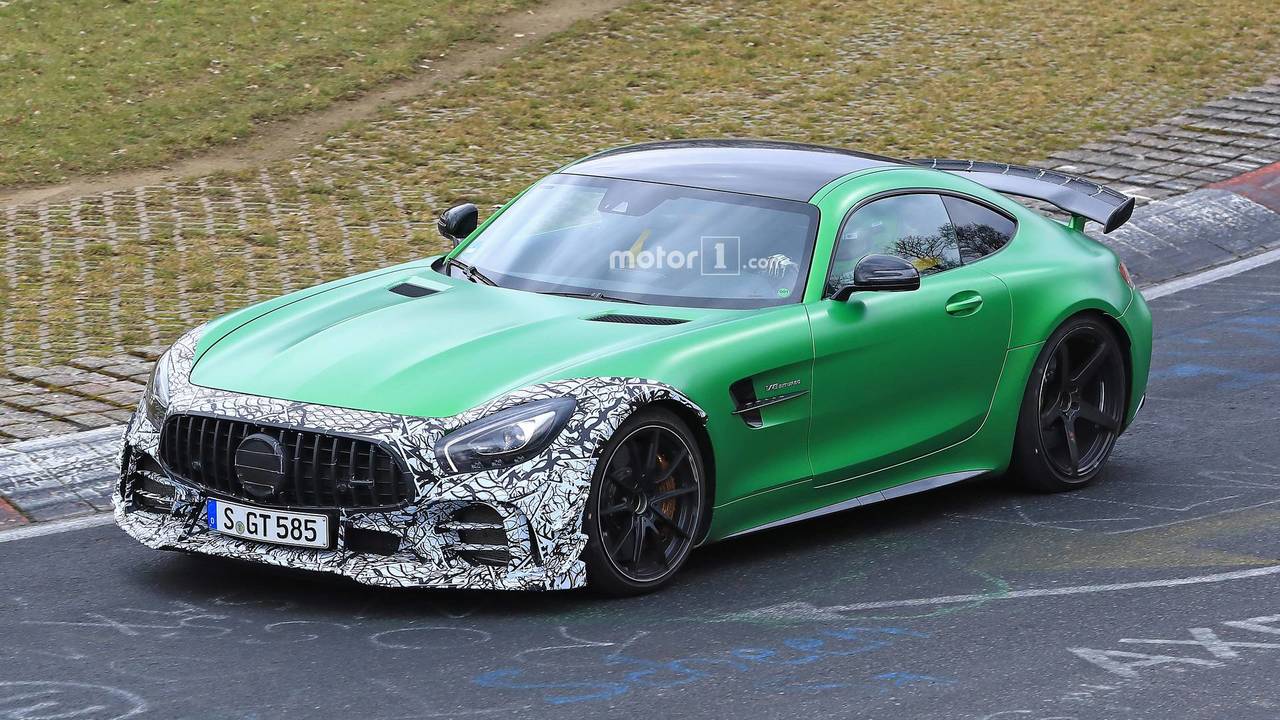 In other news, AMG has kicked off development work for the mighty GT R Black Series.

If for whatever reason you’re finding the $157,000 GT R a bit too soft, the good news is Mercedes-AMG is prepping a hardcore version to turn the Beast of the Green Hell into a proper track weapon. Pictured here, the lightly camouflaged prototype spotted just last week tackling the Nürburgring was in fact a sharper version of the 577-horsepower set to go up against the Porsche 911 GT3 RS.

Speaking with Auto Express, Mercedes-AMG boss Tobias Moers said that while the current R version is positioned somewhere between the 911 GT3 and 911 GT3 RS models from Stuttgart, the future development of the supercar will be even more intense. He mentioned it won’t be a stripped-out GT3 or GT4 competition car, but more along the lines of a “Clubsport.”

“It’s lightened a little bit but it’s more of a track day version, for fun on circuits.”

Details about how much fat Mercedes will be able to shave off are not available at the moment of writing, but we’re not expecting a drastic diet compared to the GT R and its 3,650-pound (1,655-kg) curb weight. Hitting the gym could mean the interior cabin will lose some of the luxury amenities along with borrowing a few components from track-only GT4 race car while retaining the car’s road-legal status.

It is believed the biturbo 4.0-liter V8 will be massaged to deliver up to 600 horsepower, which isn’t all that surprising considering the engine can easily push out 630 hp in the new Mercedes-AMG GT 4-Door Coupe.

While the GT R Clubsport (or whatever it will be called) will arrive within the next 12 months, the ultimate expression of the supercar won’t be out until 2020. We’re talking about the Black Series version for which Mercedes-AMG has kicked off development ahead of a launch programmed to take place towards the end of the GT’s life cycle.