Karlmann King Is The Stealthy SUV For Today’s Batman 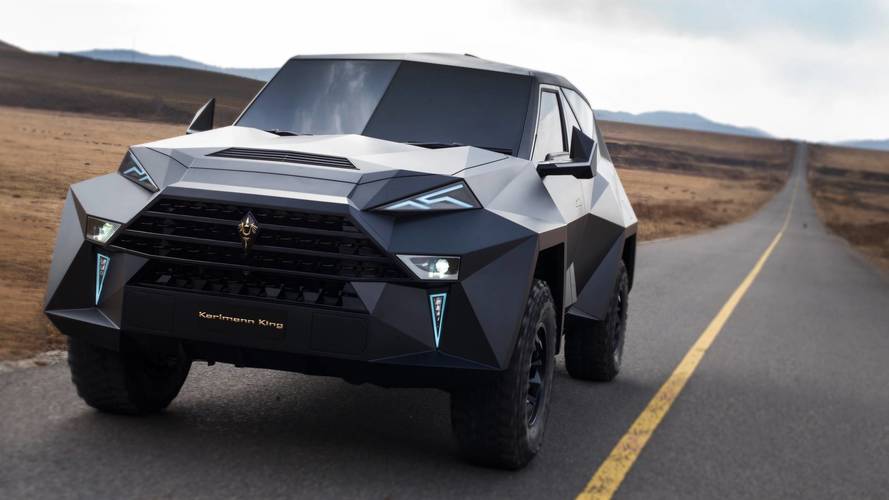 Don’t expect to see this in the next DC movie.

What do you buy if you’re both insanely rich while also having an unrealistic fear of a zombie apocalypse? May I suggest the Karlmann King SUV? Yes, it looks like a rejected alternate for the next Batmobile. Yes, SUVs may be “hip” to a father of four who peaked his junior year, but they’re not hip enough for the big screen. Not for Batman…yet.

Based on the Ford F-550, the Karlmann King does everything it can to differentiate itself from the truck-based plebeian-mobile. The exterior takes direct cues from a stealth bomber, which are known for their sharp edges and triangular shapes. The exterior is made of carbon fiber and steel, or, if you want something unstoppable, carbon fiber and bulletproof materials. It looks like someone drew the Lamborghini Urus without every seeing the Urus.

For as menacing as the exterior look, inside the Karlmann King it’s all luxury and opulence to an almost ridiculous degree. Capable of seating four, five, six, or seven passengers, the King packs creature features you didn’t know you needed during the zombie apocalypse. There’s a retractable TV, refrigerator, pop-out tables, and a freaking coffee machine. You know, sometimes you need some pep in your zombie-killing step.

All that luxury comes with a hefty price tag and curb weight. For more than $2 million, you get a living room on wheels that weighs more than 13,000 pounds. That’s quite the porker. Even the 6.8-liter V10 is only capable of pushing the King to a top speed of 87 miles per hour. You may survive the zombie outbreak, but you won’t escape quickly quick.

The King is utterly ridiculous. Yes, it looks cool. And yes, it’s the Batmobile for the parent with a family, but its price and luxury are otherworldly. The Karlmann King is the SUV Bruce Wayne deserves, but it’s not the one he needs right now.