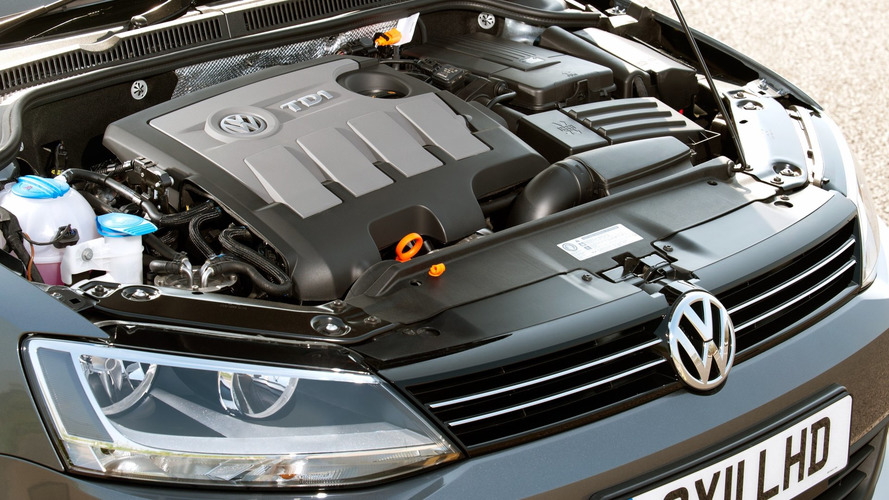 In hopes of quenching consumer uncertainty about diesel powertrains, Volkswagen Group is offering buyback deals and trade-in incentives for the powertrain. This comes after a German court recently ruled a city has the right to ban diesel powertrains as a way to combat smog in city centers.

VW’s Germany Guarantee will apply to the purchase of a new or year-old diesel vehicle purchased through a VW dealership from April 1 through the end of 2018. The offer is valid for three years to customers who could be affected by diesel restrictions in the cities where they work and live.

"Volkswagen is committed to diesel and our current engines are among the cleanest on the market,” says Thomas Zahn, Head of Sales and Marketing Germany of the Volkswagen brand, in a statement. "With the Germany Guarantee and the diesel environmental incentive, we are offering our customers security when they choose a diesel and are on their side as a strong partner."

VW is also extending its trade-in incentive program for three months through the end of June. However, the automaker is limiting the program to new diesel vehicles that meet strict environmental regulatory standards.

The German automaker isn’t the only company offering various deals and incentives in the wake of the court ruling. BMW is allowing drivers to bring back vehicles if they are affected by the ban. However, the program will only apply to leasing customers initially. Audi and Daimler are also offering and extending their trade-in incentive programs. Fiat Chrysler Automobiles recently extended its trade-in incentives through April, according to Automotive News Europe.

Diesel powertrains have come under increased scrutiny since it was discovered VW was implanting cheat systems into its vehicles to skirt emission tests. The German ruling in favor of city’s banning the powertrain is only further tarnishing the image of diesel powertrains.