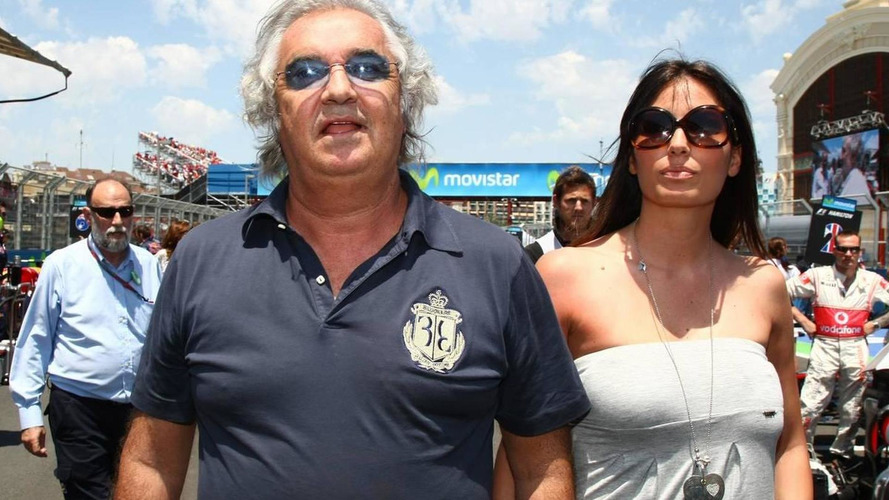 That is the view of Flavio Briatore, the disgraced and banned former Renault chief who made another paddock appearance at Monza last weekend.

A hundred F1 regulars should be expelled from formula one if the sport is serious about cutting costs.

That is the view of Flavio Briatore, the disgraced and banned former Renault chief who made another paddock appearance at Monza last weekend.

The 60-year-old is tipped to take up a role alongside F1 chief executive Bernie Ecclestone once his FIA ban runs out.

He said at Monza that F1 will only survive into the long-term if it is able to dramatically reduce costs.

"But you'd have to throw 100 people out of the paddock. With today's decision-makers this is not possible.

"You can't teach them how to save because they never have. It's like sending an alcoholic to rehab in a bar," said the flamboyant Italian.

On Austrian television 'Servus', Briatore also commented on the return this year of Michael Schumacher.

"The comeback was wrong," Briatore, who was team boss at Benetton where Schumacher won his first two titles in the mid 90s, said.

"His car is not the best, but he isn't competitive. Rosberg is usually better. Sometimes I just feel sorry for him," he admitted.