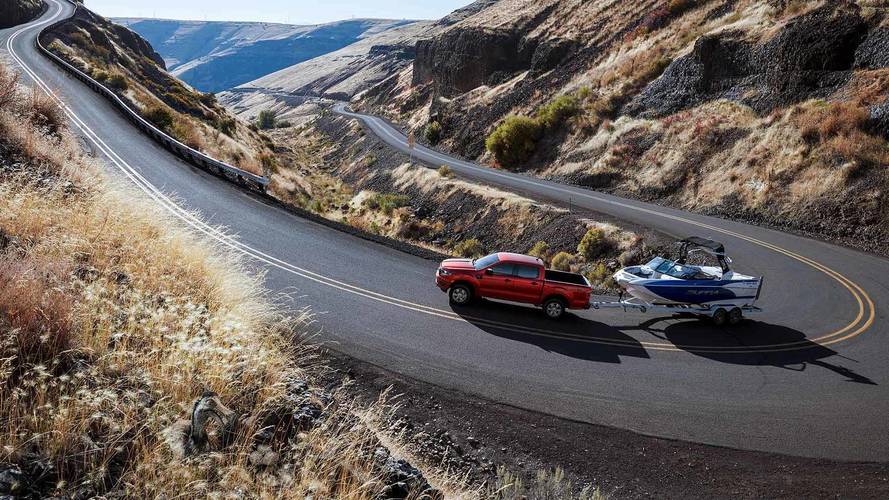 This time, instead of Bigfoot or the Loch Ness Monster, Ford hides extinct creatures in the images.

Around the time of the North-American-spec Ford Ranger's debut in January 2018, the company released a cheeky gallery of images that included Easter Eggs by hiding cryptids like the Loch Ness Monster or Bigfoot in the photos. Now, just in time for the Easter holiday, the Blue Oval has released another batch of pictures of the upcoming pickup with extinct creatures hiding in the shots as cute visual Easter Eggs.

Motor1.com's compare tool makes the process of finding these hidden creatures a little easier. Take a close look at first, and if you need some help, use the slider to reveal the concealed Easter Egg inside a vibrant, red circle.

The 2019 Ranger will go into production in Michigan in late 2018. Buyers will be able to get it with a 2.3-liter turbocharged four-cylinder engine engine and a ten-speed automatic transmission. It'll be available in rear- and four-wheel-drive versions, including an available electrically locking rear differential. Inside, there's an optional eight-inch infotainment system and navigation.

See the earlier Easter Eggs in the gallery below.

The term Easter Egg refers to a hidden treat, generally in a piece of media, like how parents hide the colorful eggs for kids to find on Easter. Programmer and game designer Warren Robinett popularized the term's use in this way in his Atari 2600 video game Adventure. At the time, the game's publisher, Atari, didn't allow for developers to have credits. Robinett decided to hide his name in the game. To see it, players had to go through a complicated process to collect a specific gray pixel, which was generally invisible because of the game's background, and then had to take this item to a specific screen to get the message: "Created by Warren Robinett."