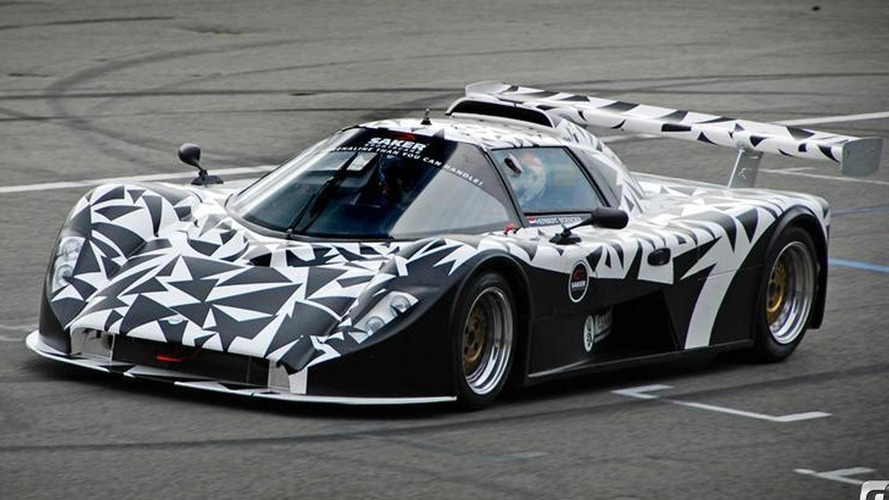 A new supercar from Dutch/New Zealand manufacturer Saker could pop up soon on various racing circuits. Find out more inside.

Our friends at Dutch website Driving Fun scored several pics of the Saker GT during testing.  The car is being developed and built in the Netherlands by Saker Sportscars Europe in a cooperative effort with New Zealand-based companies Turnbull Engineering and Saker Cars.

The Saker GT was spied while sprinting around the TT Circuit Assen a few hours north of the Saker homebase near the Dutch/Belgian border.

The car reportedly weighs a scant 770 kilogram, and uses a 2.0-liter Subaru boxer engine mated to a sequential gearbox.  It features a more refined body than the outgoing GT, with big, integrated arches and the lines of a supercar.  LED taillights were also spotted by the photographer.

No word yet when the Saker GT will be released.  The current GT has been used during several racing calendars, including the Belgian Dunlop Sport Max Endurance Cup, the Dutch Supercar Challenge, English Speed Series and the Saker Sportscar Challenge, according to the automaker.