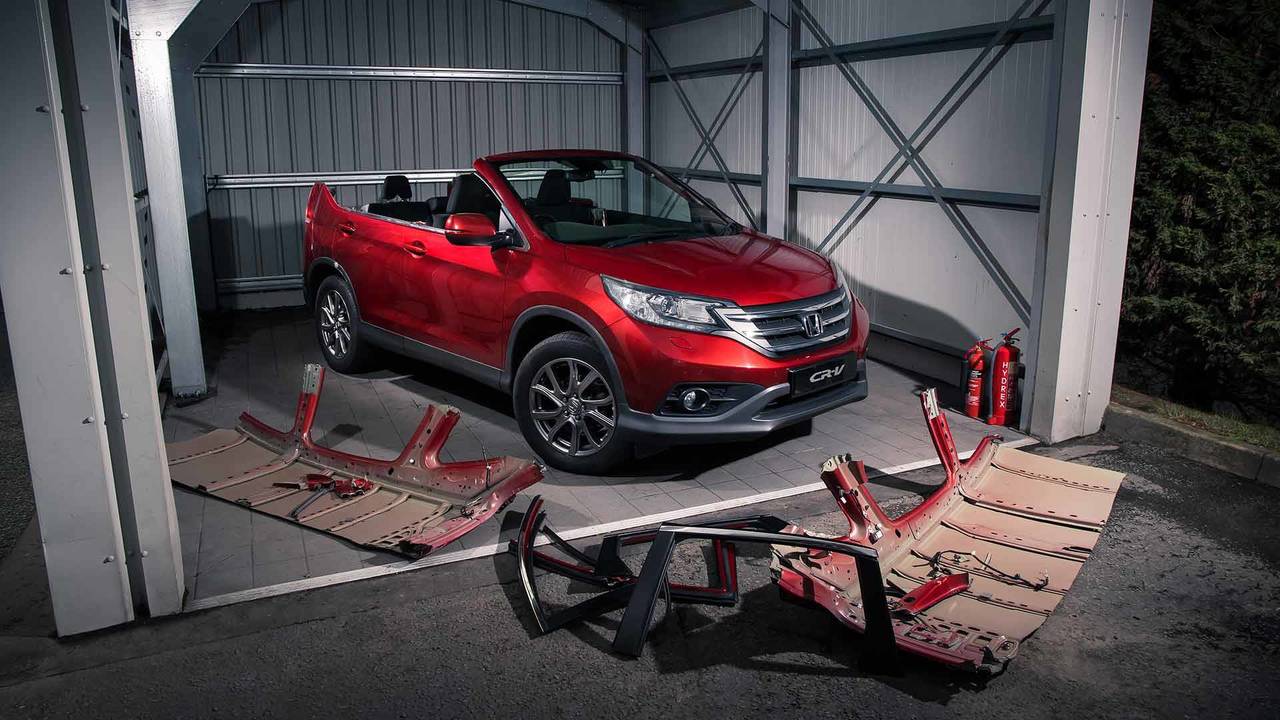 After droptop versions of the Land Rover Evoque and Nissan Murano, a convertible CR-V isn't a crazy idea.

Honda kicks off the annual slate of automotive April Fool's jokes a little early by showing off the CR-V Roadster and promising that it goes on sale in the United Kingdom on April 1. The company's popular crossover looks rather attractive with its top off, though.

Honda's engineers took the easy route to creating the CR-V Roadster. Rather than creating a complicated folding roof mechanism for this one-off joke, the team simply sawed off the roof, including the B-pillars and much of the rear. Given Britain's famously rainy climate, the complete lack of any top isn't ideal for driving there, but it could be perfect for getting around someplace like Death Valley, California.

Generally, convertibles require adding extra bracing to a vehicle's floor because of the loss of rigidity from not having a roof. There's none of that work for the CR-V Roadster, though. According to Honda, the engineers "estimate the structural rigidity of the car has been reduced overall by approximately 100%, currently rendering it completely undriveable."

The company imagines selling the CR-V for half of the price of the existing model because most of the vehicle is gone. Plus, what's left is completely structurally unsound.

The concept of an open-roof CR-V isn't entirely new. In 1998, the Finnish automotive contractor Valmet created the CR-V Open Air concept (above). Rather than removing the whole roof, this model kept the pillars in place but still offered open-air motoring.

Other brands have toyed with this idea, too. The often-maligned Nissan Murano CrossCabriolet made an interesting, although unattractive, attempt at a convertible crossover. The Land Rover Range Rover Evoque Convertible is a better take on the concept, at least when the top is down. 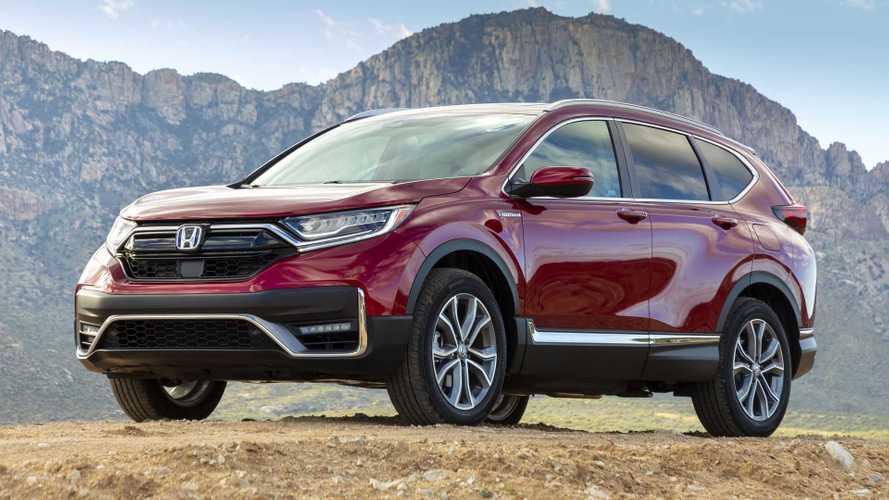 Concept expected to be launched in time for summer

Honda UK has launched a concept roadster version of the CR-V.  Available in showrooms from 1st April, this unique version of the world’s best-selling SUV is based on the current platform and is currently only available with a petrol engine.

As pictured, the launch version of the car will not actually feature a roof whatsoever, making it a no-top rather than a drop-top.  This innovative design makes it a vehicle purely for sunnier climates and therefore completely useless for the two-day British summer which traditionally occurs in May.

The CR-V roadster concept has been created by removing both the B and C pillars of the car to create a sleek flow from front to rear of jagged metal.  And while this innovative prototype will definitely turn heads; the designers, namely the PR team and an angle grinder, estimate the structural rigidity of the car has been reduced overall by approximately 100%, currently rendering it completely undriveable.

Despite this minor detail, Eipurirufūru*, Future Opportunity Occupational Lead, commented: “This is a bold new direction for the CR-V and opens up an entirely new non-existent market.  Our sales target is somewhat conservative to start with, at zero cars, but we are confident that once the minor glitches are ironed out, such as the lack of roof and the fact it is totally structurally unsound, the car will fly out of showrooms.”

Prices are expected to start from half the current price of the CR-V as customers are only getting half the car.