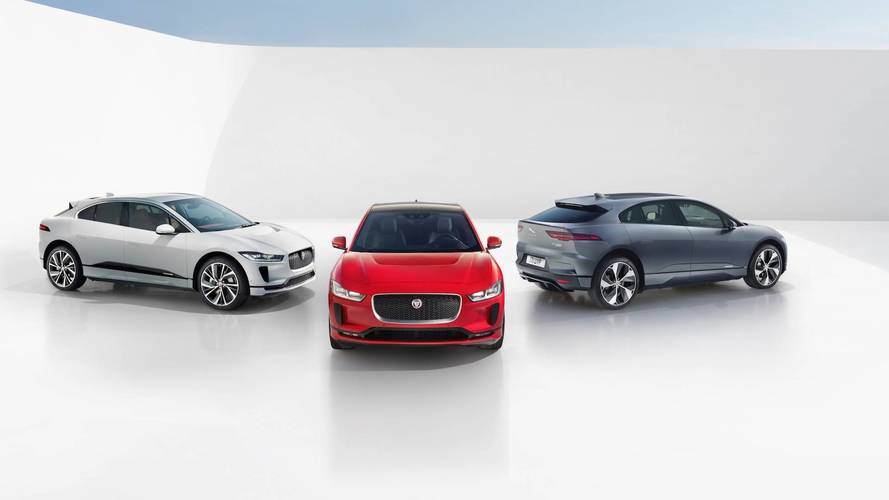 More luxurious and off-road-focused versions are also being evaluated.

The new Jaguar F-Pace SVR is the star at the brand’s stand in New York this week, but apparently the automaker is cooking up even more high-performance offerings for the future. According to a new report from Autocar, the British manufacturer is currently evaluating an SVR version of the I-Pace as a way to maintain its advantage of launching an all-electric SUV before its rivals.

Speaking to the publication in the Big Apple, Hanno Kirner, Jaguar Land Rover’s director of corporate and strategy, and also head of the SVO division, declared that Jaguar is seriously interested in expanding its SVR portfolio with the addition of the I-Pace.

More about the sporty I-Pace:

“We haven’t committed to anything, but we have begun evaluating what an electric SVR could offer and how we can make authentic SVR cars using the technology,” he told Autocar during an interview at the 2018 New York Auto Show. “The I-Pace has strong levels of speed, you could say, and there are technical additions that could make various project interesting projects for SVO. That includes fast SVR versions, but also perhaps extreme luxury SVA or off-road SVX models.”

Yes, you read that right. In addition to a high performance version, Jaguar is also considering more luxurious and hardcore off-road variants of the SUV EV. Kirner’s words are echoing what John Edwards, managing director of SVO, commented earlier this month.

“Of course I would like to see it [the I-Pace SVR], but I have no shortage of crazy ideas I’d like to happen.”

In fact, a sportier I-Pace won’t be a precedent, as a track-focused version of the SUV is set to compete in a single-model promotional championship, which will include 12 cars and 10 different tracks.

The standard I-Pace is powered by a 394-horsepower (293-kilowatts) electric motor with a peak torque of 512 pound-feet (694 Newton-meters), delivered to all four wheels. The electric energy comes from a large 90-kilowatt hour lithium-ion battery pack, mounted between the two axles, which delivers a driving range of 240 miles (386 kilometers).