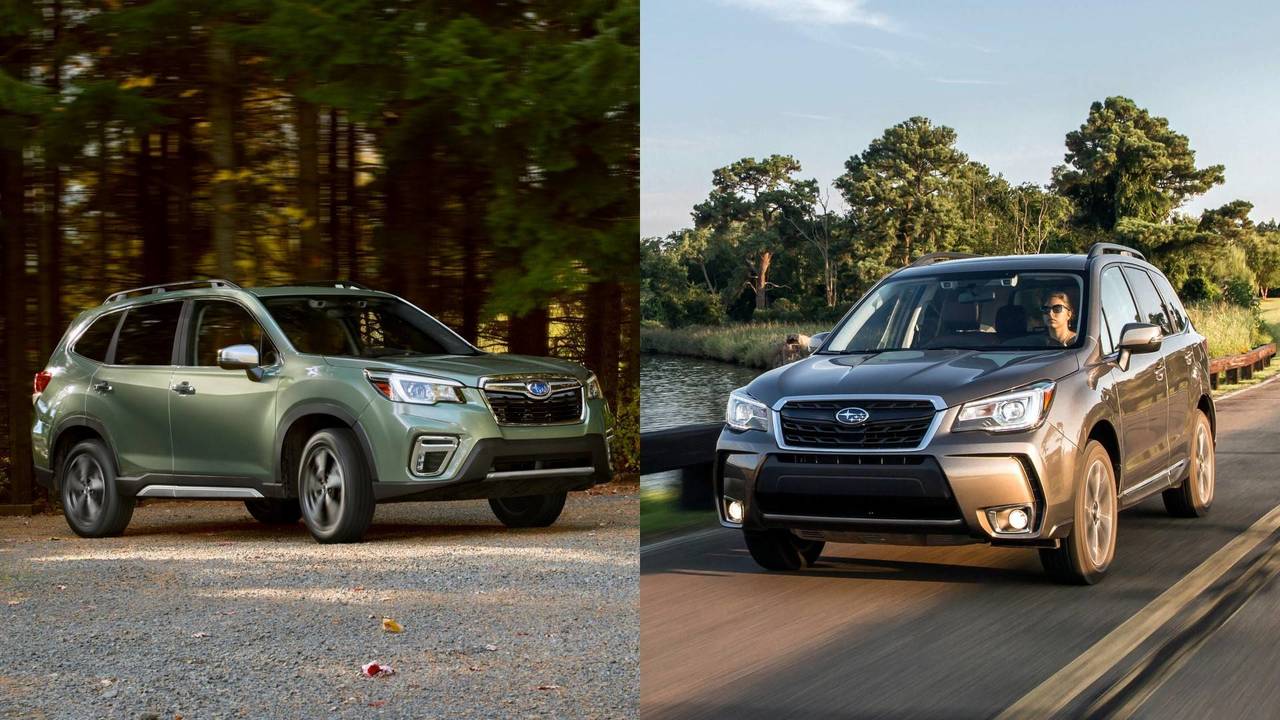 The 2019 Forester is making its debut in New York – and it has an all-new look.

Subaru has implemented the strategy of, "if it ain’t broke, don’t fix it" in development of the 2019 Forester. Making its debut this week at the New York Auto Show, the capable SUV now comes with more cargo room, improved fuel economy, and a design that has been updated just enough to keep things interesting – borrowing cues from both the Ascent and the Crosstrek before it. It may not be a dramatic update, but here’s how the new Forester stacks up design-wise compared to the outgoing model.

The front end of the Forester gains some of the most dramatic revisions. The rectangular grille is now more rounded, sharing a few similarities with the three-row Ascent, and the headlights are now larger and less angular. The same black plastic cladding now extends from the base of the bumper to higher up on the fascia, and new, larger fog lights give the front half of the Forester an even more aggressive look.

The revisions to the back half of the new Forester are a bit more subtle than the updates on the front. The biggest change can be seen in the taillights, which are now larger and more angular than the outgoing square-shaped units. Some extra silver cladding has also been added to the lower portion of the bumper beneath the lower black plastic.

Per the rest of the restyling, the side profile of the new Forester isn’t any more dramatic than the last. The same overall shape remains, but the new model gains added features like silver plastic cladding below the door sills, chrome door handles and side mirrors, and brand-new wheels. Most of those additional features will likely vary depending on trim level.

The inside of the new Forester looks like a lovely place to be. With a variety of leather options, and Apple CarPlay and Android Auto available for the first time ever on the SUV, the styling isn’t dramatically different – but it’s different enough. Buyers can opt for either a standard 6.5-inch infotainment screen, or a larger 8.0-inch unit. The larger screen is accented by large air vents on either side, with a similar three-dial setup located just beneath. The steering wheel also gains a slight restyling with a new layout for audio controls.