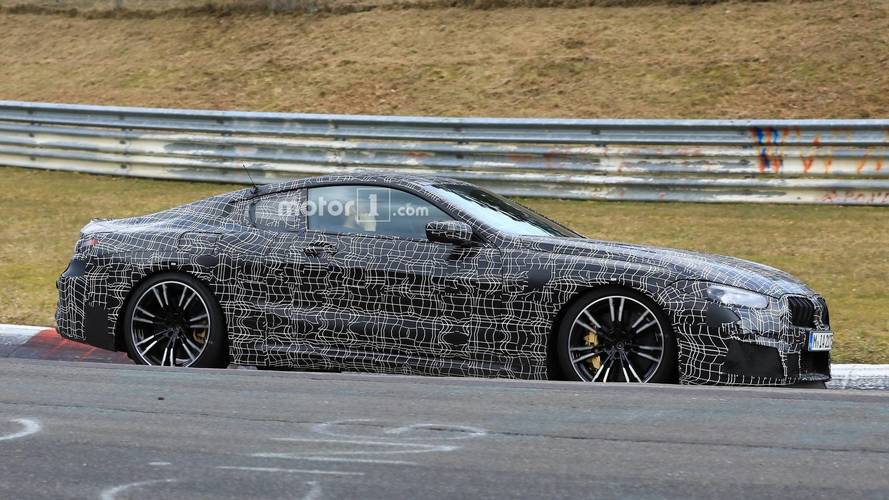 It was only yesterday when our spies caught on camera the BMW M8 Convertible tackling the Nürburgring and now we’re able to share images with its coupe equivalent. The two-door models will be joined by a more practical four-door Gran Coupe previewed earlier this month at the Geneva Motor Show by a rather stunning concept.

Like it was the case with its droptop cousin, the prototype with a fixed metal roof has an extra layer of camouflage consisting of additional panels held in place by tiny black rivets. Underneath that entire disguise is most likely the final body with large air vents up front and a subtle spoiler lip at the back. The test vehicle appeared to have the production-ready headlights and taillights, while the exhaust system will likely go through some changes by getting some attractive finishers.

While the interior was not immortalized in this recent batch of spy shots, let’s remember the regular 8 Series’ cabin was pretty much revealed at the beginning of the year. Similar to the concept but not quite as exciting, the dashboard hosted an all-digital instrument cluster and a pretty large screen for the infotainment system.

The fully fledged M versions of the 8 Series models are all expected to borrow the biturbo 4.4-liter V8 engine from the latest M5. Output should easily surpass the magical 600-hp mark considering the forthcoming M5 with the Competition Package will have 625 hp on tap.

The regular 8 Series Coupe will debut later this year and the good news is we won’t have to wait much longer to see the M8 as it has also been confirmed for a 2018 launch.

Pirelli and the BMW M8