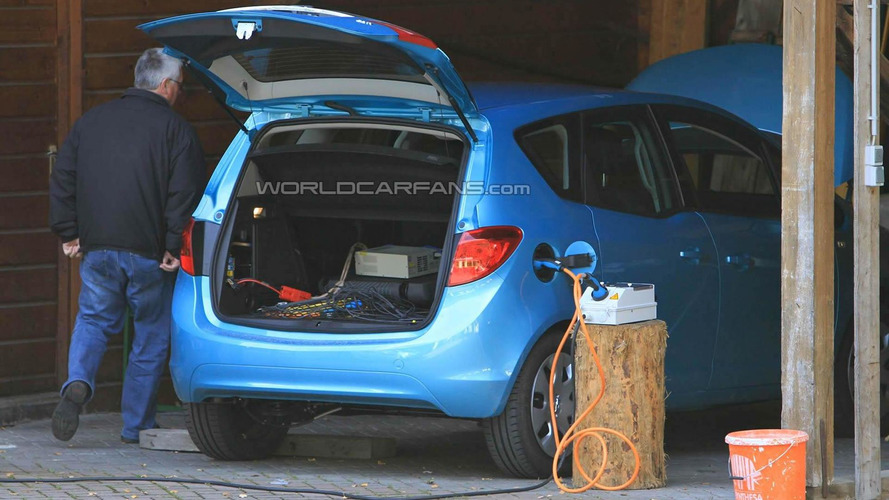 Our spy photographers have managed to catch the first images of an Opel Meriva Battery Electric Vehicle (BEV).

Our spy photographers have managed to catch the first images of the Opel Meriva Battery Electric Vehicle (BEV).

While details are limited, the OMBEV is virtually undistinguishable from the standard Meriva. The only noticeable difference is a center console-mounted thingamajig (possibly a power controller?) and no exhaust pipes.

Regardless, GM has been known to favor lithium-ion batteries (in the Volt and Volt MP5) so we wouldn't be surprised if they were used on these prototypes. Other than that, there could be some of the Volt's electric architecture but that remains pure speculation.

No word on when to expect a production model, but given the interest in EVs, it could be sooner rather than later.