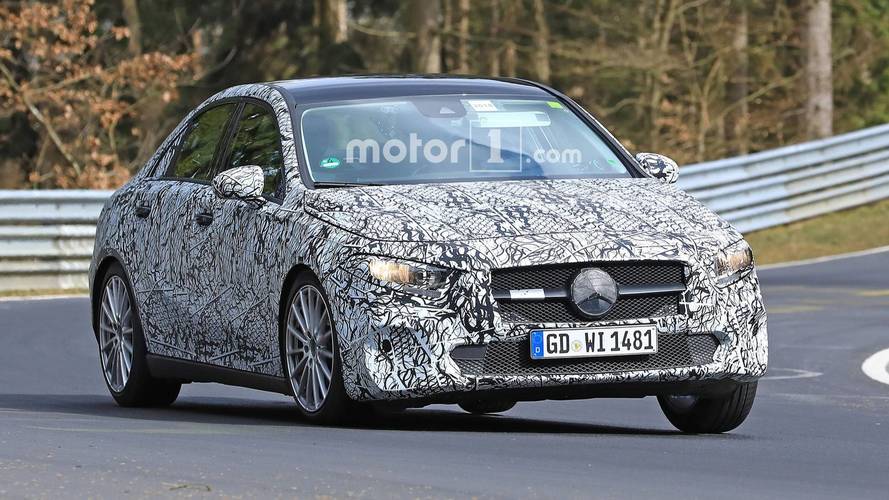 The compact sedan appears to be in full-production guise for high-speed tests.

These days our spy photographers often catch the latest SUVs or crossovers out in the wild, but there are still new sedans prowling around wearing camouflage. The Nürburgring is a natural habitat for such creatures, especially ones from Mercedes-Benz like this new A-Class sedan. We haven’t seen this car out and about too much, unlike the hatchback and GLA-Class compact crossover, all of which use the same underpinnings. But when we do catch it, it reminds us how much we still love sedans.

We’re pretty confident the test car seen here leaning through curves at the Nürburgring is a production-spec model undergoing the final stages of high-speed testing. With only the thin camo wrap remaining it’s our best look yet at the sedan’s profile, and it is quite a looker. It also appears to be quite athletic even in non-AMG guise, which should make the updated entry-level Merc an appealing choice for those seeking a bit more sport in their sport sedan.

There hasn’t been much talk about powertrain options for the A-Class. The last we heard it could come to the U.S. with a 2.0-liter turbocharged mill making 224 horsepower (165 kilowatts), or it could also offer a smaller 1.3-liter engine making 163 hp (120 kW) in an entry-level form. Europe will likely get a diesel variant as well, but that almost certainly won’t make it to the United States.

Inside, we expect to see a full-on digital cockpit similar to higher-end Mercedes models. We’ve actually caught spy photos showing as much, though it’s possible the car could offer a traditional gauge cluster as well. The current suite of safety systems and driver assists should be available as well.

Mercedes-Benz is going all-in for the compact segment. The A-Class sedan will be joined by the hatchback model, B-Class, CLA-Class, GLA-Class and also the GLB-Class SUV all in pretty much the same market. The sedan should officially debut later this year.