The W12 monster wants to become the fastest production SUV in the history of the race.

Following its initial announcement, Bentley has now revealed the 12-cylinder Bentayga, which will challenge the 2018 Pikes Peak International Hill Climb on June 24 this year. It’s not a completely stock vehicle, despite the unmodified W12 engine with 600 horsepower (447 kilowatts) and 664 pound-feet (900 Newton-meters) of torque, as it now features a roll cage and racing seats, onboard fire suppression system, and a custom exhaust system, developed by Akrapovic. In every other aspect, it’s going to be as close to production standard as possible. 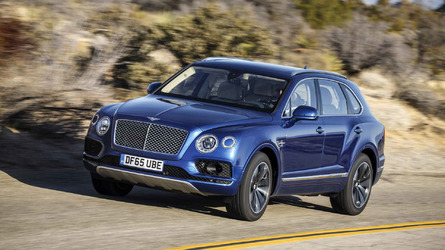 Behind the wheel will be two-time Pikes Peak overall winner Rhys Millen, son of Rod Millen, the second most prolific Pikes Peak competitor in history with five overall victories. Rhys took the title for the first time in 2012 and won another one three years later. He will now have to tackle the 12.42-mile, 156-corner course with a minimum average speed of 60 miles per hour (96 kilometers per hour) in other to break the long-standing record for the fastest production SUV of 12:35.61 minutes, which belongs to the Land Rover Range Rover Sport. If the Bentayga achieves its goal, it will also become the fastest production vehicle of any type. 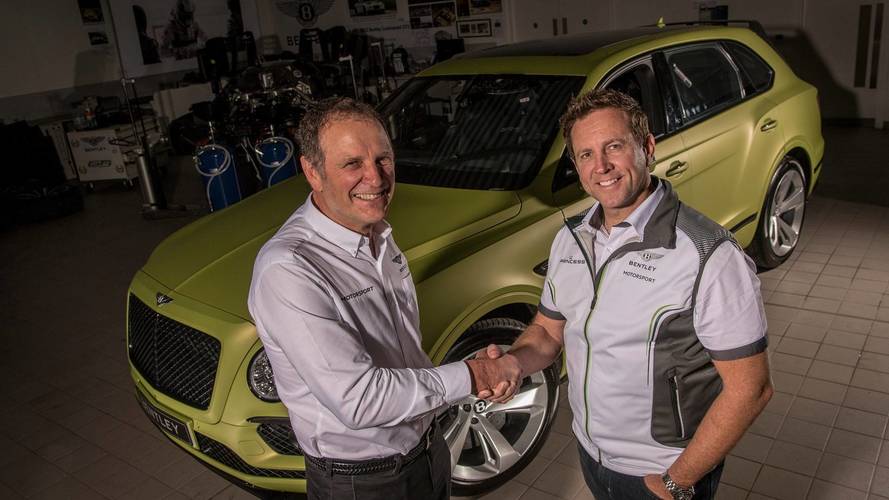 “The opportunity to race with Bentley at Pikes Peak is one that I couldn’t pass up,” Millen comments. “I visited the Bentley factory in Crewe, England last month and was amazed at the level of skill that goes in to handcrafting these cars. I also had the chance to drive the race-prepared car for the first time and was blown away by the performance that’s already available.”

Despite its weight of nearly 2.5 tons, the Bentayga W12 is capable of reaching 62 mph (100 kph) from a standstill in just 4.1 seconds and top speed is equally impressive at 187 mph (301 kph). As standard with the 12-cylinder motor, Bentley’s first-ever SUV features air suspension and all-wheel drive.

Aiming to break the existing Production SUV record of 12:35.61, the Bentayga will need to average a minimum of 60 mph up the exceptionally tight and twisty 156-corner course. With years of competition at Pikes Peak and in Red Bull Global Rallycross under his belt, Millen possesses both the ability and experience required to push the Bentayga to its limits of performance in pursuit of the record.

Pikes Peak represents the next challenge for the acclaimed Bentayga, following Bentley’s tradition of testing its cars in extreme environments that has seen the Continental GT set records of 205 mph (330 km/h) on ice and over 180 mph (290 km/h) on sand, and even an unmodified Continental GT Speed tackle a stage of the World Rally Championship.

“With two previous overall victories to his name, Rhys’ credentials speak for themselves. His knowledge of the course, his professionalism as a competitor and his enthusiasm for the project make him the perfect choice for us. In the Bentayga we’ve given Rhys the perfect opportunity to claim another Pikes Peak record, and I’m confident he can set an impressive time when the race takes place on 24th June.”

The race-ready Bentayga, featuring an unmodified 600 bhp, 900 Nm (664 lb.ft) Bentley W12 engine, has been prepared by a dedicated team in Bentley’s motorsport department in Crewe. The car has been built as close to production standard as possible, with minimal changes in accordance with the Production Class rules. A full roll cage, onboard fire suppression system, racing seats and harnesses ensure Millen’s assault on the mountain will be as safe as it is fast. Production tyres will be supplied by Pirelli, and the car will run with a custom exhaust system from Akrapovic, who also produced the bespoke exhaust for the Bentley Continental GT3-R motorsport-inspired model. In every other respect, including the air suspension with 48V electric active anti-roll control, the car will be as per an unmodified production Bentayga.

Finished in “Radium Satin” and complete with black chrome exterior brightware and a full carbon fibre body kit, the Pikes Peak Bentayga now enters a phase of high-speed performance testing in the USA prior to the 12.42-mile challenge.

45 year-old New Zealand native Rhys Millen comes from a family long-associated with Pikes Peak. Rhys is the son of Rod Millen, the second most prolific Pikes Peak competitor in history with five overall victories to his name. Rhys followed in his father’s legendary footsteps when he took the Pikes Peak title for the first time in 2012, followed by a second victory in 2015. Rhys comments:

“The opportunity to race with Bentley at Pikes Peak is one that I couldn’t pass up. I visited the Bentley factory in Crewe, England last month and was amazed at the level of skill that goes in to handcrafting these cars. I also had the chance to drive the race-prepared car for the first time and was blown away by the performance that’s already available. I’m really looking forward to preparing for the race, competing on the mountain with Bentley and hopefully claiming a new SUV record.”