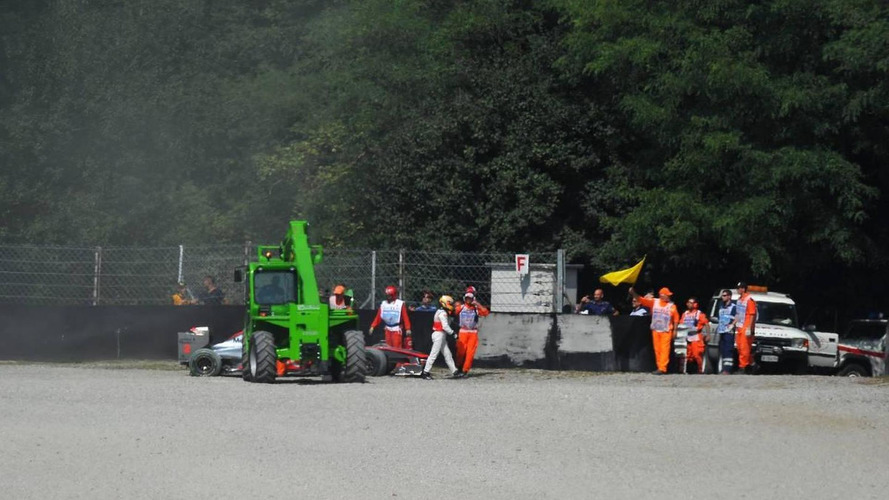 F1 aficionados should thank Lewis Hamilton for the thrilling five-race sprint to the 2010 world championship crown, according to Niki Lauda.

F1 aficionados should thank Lewis Hamilton for the thrilling five-race sprint to the 2010 world championship crown, according to Niki Lauda.

Had the 2008 world champion not crashed his McLaren on the first lap at Monza, he would probably now have a clear points advantage with just Singapore, Suzuka, Korea, Brazil and Abu Dhabi left to run.

Instead, the top five protagonists - also including Mark Webber, Fernando Alonso, Jenson Button and Sebastian Vettel - are all divided by a margin achievable in little more than a single grand prix victory.

"We should all thank Lewis Hamilton for his stupid mistake at Monza," triple world champion Lauda told Bild newspaper.

"Now we will have a great sprint for the title," added the great Austrian.

Flavio Briatore, who was also at Monza at the weekend, also noted the British driver's "huge error" of crashing into Felipe Massa's Ferrari and subsequently driving into the gravel with broken suspension.

"We mustn't forget how he lost the championship in 2007," the Italian told La Gazzetta dello Sport.

And David Coulthard wrote in his Telegraph column: "Lewis's collision with Felipe Massa was elementary.

"He will feel he has let the team down, let himself down and potentially cost himself the title. He may well have," added the Scot.

Indeed, Hamilton admitted that McLaren as a team will feel "angry" after Sunday's error but insisted the criticism won't affect him.

"You kick yourself more than anyone can kick you," he said. "I am better equipped now to deal with it than perhaps a few years ago."