New Range Rover Evoque Has Graduated To Testing On The 'Ring 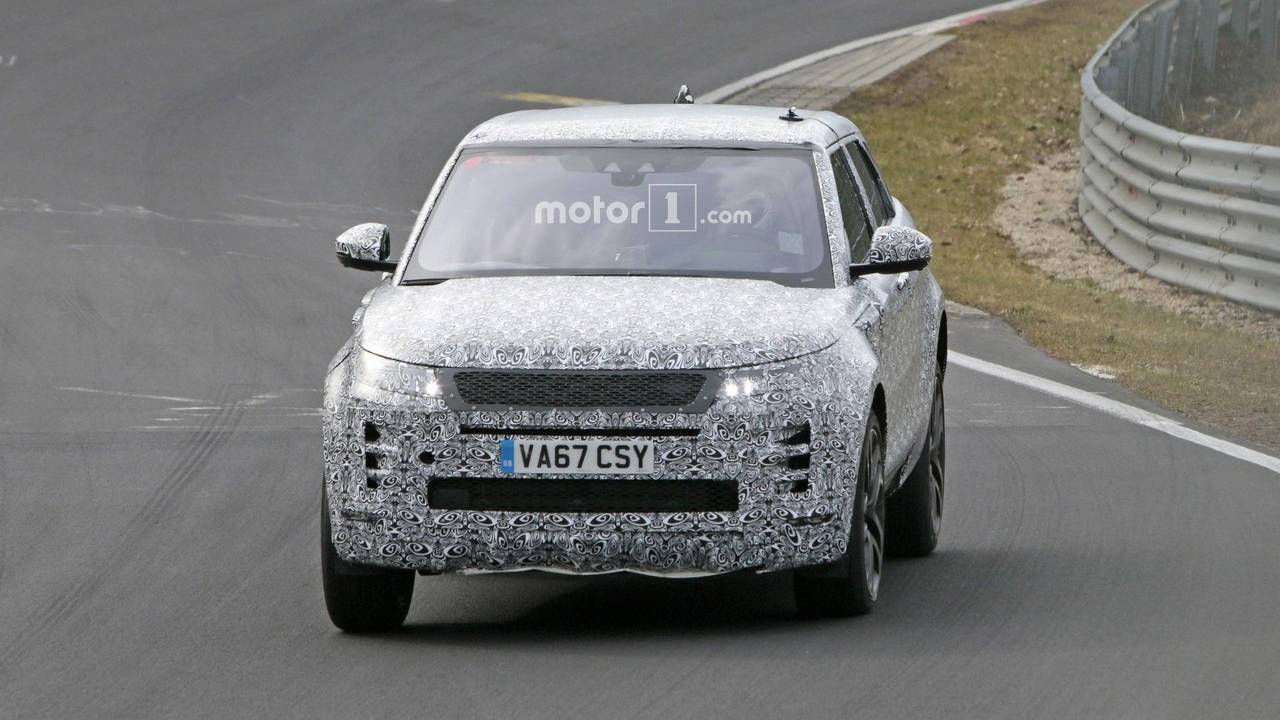 If you like the Velar's design, you'll probably be a fan of the new Evoque's styling.

Even though it has been around for roughly seven years, it’s safe to say the current Evoque is not showing signs of aging as far as the exterior design is concerned. However, the entry-level Range Rover model still needs to keep up with the times as the small premium crossover segment now has to battle new arrivals such as the Volvo XC40, Lexus UX, Jaguar E-Pace, and the BMW X2.

A prototype was seen the other day tackling the demanding Nürburgring and unsurprisingly it was carrying around a plethora of camouflage. Nevertheless, we’re getting a “baby Velar” vibe and we can also catch a glimpse of the front air intakes indicating the test vehicle had the production-ready bumper. Although the crossover’s proportions won’t go through significant changes, the wheelbase is expected to be stretched and the track widths will also be elongated – all for the sake of freeing up more space inside the cabin while sticking to the same D8 platform.

As it was the case with previous prototypes, we’re looking at a five-door model and it could be a sign the three-door version won’t be offered on the new Evoque. In fact, the less practical body style was axed from the United States market back in November last year. As a side note, you can still buy an Evoque with only two side doors in the U.S. by purchasing the controversial Evoque Convertible, which will reportedly get a new generation early into the next decade.

Land Rover is planning not one, but two hybrid powertrains as word on the street suggests the revamped Evoque will combine gasoline and diesel engines with an electric motor. It will be interesting to see whether SVO will get its hands on the small crossover for a high-performance version, presumably with somewhere in the region of 300 horsepower or even more.

Lesser models are set to use new Ingenium four-cylinder units, with output expected to vary from 148 hp to 237 hp for the diesels and from 237 to 296 hp for the gasoline engines, according to Autocar. The cheaper versions of the Evoque will feature a front-wheel-drive layout, with AWD as standard on the pricier versions. Output will be channeled to the road via a nine-speed ZF automatic transmission.

The overhauled Range Rover Evoque is expected to debut later this year before going on sale late 2018 / early 2019.