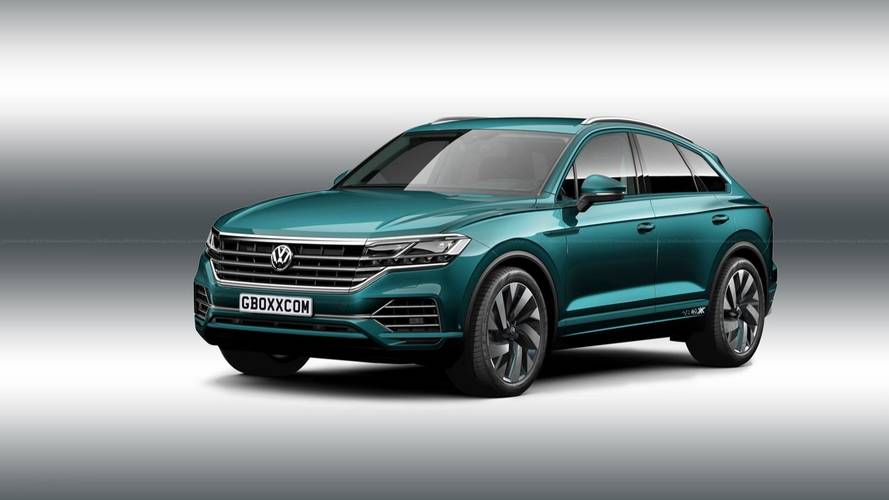 Since the Touareg shares its platform with the Urus, this could actually happen.

Buyers in the U.S. won’t be able to take home the new Volkswagen Touareg, unfortunately. But in Europe, consumers will be able to take advantage of the German marque’s new flagship SUV. With bold new look, a tech-focused cabin, and a range of new engine options – including a pair of turbocharged 3.0-liter diesel options – the 2019 model is a welcomed upgrade.

But as trends skew more to coupe-style SUVs, the new Touareg is not immune… at least not digitally. Rendering artist Aksyonov Nikita, whose work we’ve featured previously, has reimagined the new Touareg as a sleek coupe SUV. And it looks surprisingly good.

All of the same design elements on the front fascia carry over, including the matrix-style LED headlights, the larger, more defined grille, and the lower vents. The wheels are brand new, seemingly borrowed from the Arteon sedan, and the new teal shade is particularly enticing – but it’s out back where most of the restyled elements can be seen.

The rear haunch gets a significantly sloped rear design, in line with SUVs like the Lamborghini Urus and the upcoming Audi Q8. Considering that the Touareg shares the same bones with both of those vehicles – both ride on VW Group's MLBevo platform – it makes sense that the more mainstream model could also get the same sleek treatment in real life.

As far as production is concerned, VW hasn’t said whether the Touareg will adopt a second body style. But given the current trend of coupe SUVs, we wouldn’t be surprised if it did. We do know that the Touareg could get a hotter R treatment, complete with visual upgrades as well as a horsepower boost.