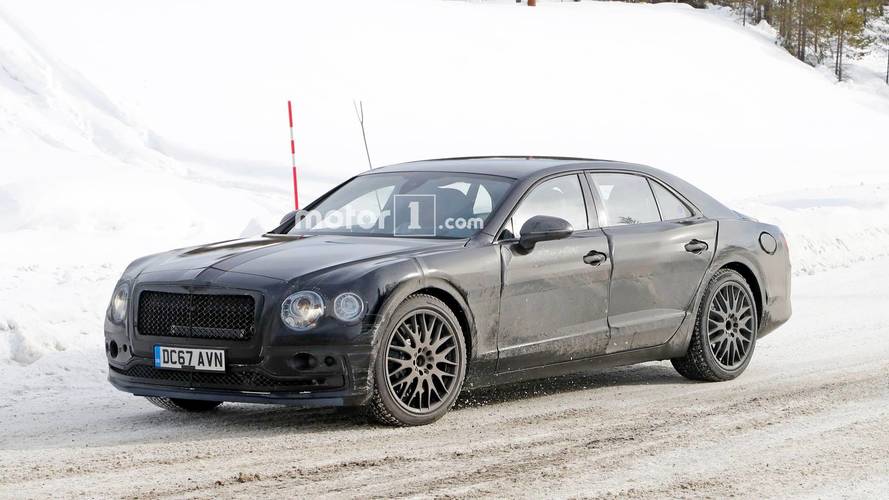 The extra fuel door on the left side is a dead giveaway.

We’ve spied the big Bentley quite often in recent months, but this one is interesting because there’s an extra fuel filler cap that shouldn't be there. Does that mean this is the V12 model with an extra tank to handle the super sedan's prolific demand for gas? It is a fill point of sorts, but not for liquid fuel – this is a plug-in hybrid version of the new Flying Spur.

Previous spy shots have shown us a standard filler neck on the right side of the car, but these shots clearly show a new door on the left side quarter panel. We only get a good look at the car from the left side as it drives by, but if you look close at the shot from the back you can make out the familiar fuel door on the right side near the rear pillar so yes, this car definitely has two different "fuel" locations. In this instance, the car’s chunky camouflage body cladding actually helps highlight the access port instead of hiding it, though putting it at the back means most people would dismiss it as a normal fuel door and not think twice about it.

Of course, there are very prominent oval exhaust outlets at the back so the new Flying Spur should still have plenty of petrol-powered oomph even in hybrid guise. Our insiders say the powertrain should be the same as the one recently unveiled for the Bentayga hybrid at the 2018 Geneva Motor Show. That setup is borrowed from the Porsche Panamera E-Hybrid and utilizes a 3.0-liter turbocharged V6 paired with an electric setup that Bentley hasn’t fully disclosed yet. For that matter, combined power ratings haven’t been revealed for the Bentayga either, but it does have an all-electric range of 31 miles.

Since Porsche is already in the mix with its Panamera hybrid, we know that particular V6 setup is good for 462 horsepower (345 kilowatts) and similar figures could grace the Bentley. There’s another tantalizing possibility, however – the 4.0-liter V8 hybrid setup in the considerably more potent Panama Turbo S E-Hybrid, which dishes out 680 hp (507 kW). Our photographers weren’t able to catch the engine note on this particular prototype, so we’ll have to wait in suspense a bit longer to find out if the hybrid Flying Spur will be mild or wild.

That wait shouldn’t be too much longer. We expect Bentley to ditch its Flying Spur coverings later this year, but it’s possible the hybrid version may not be revealed until early 2019. 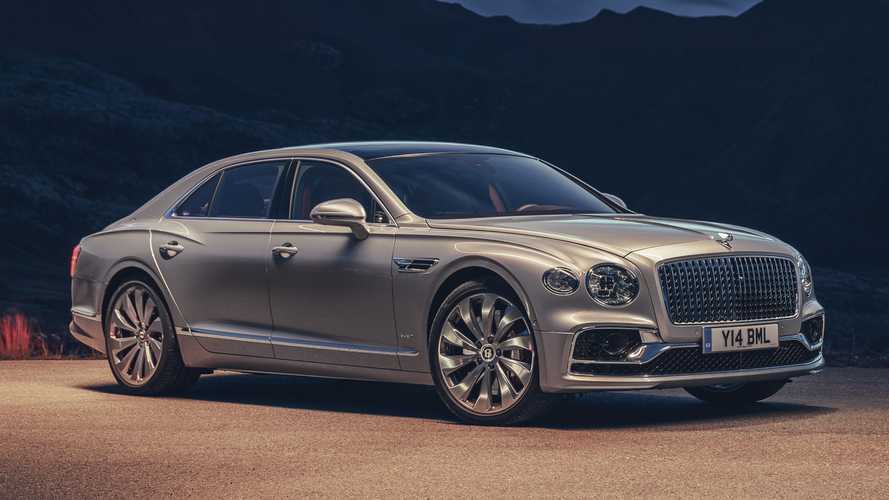