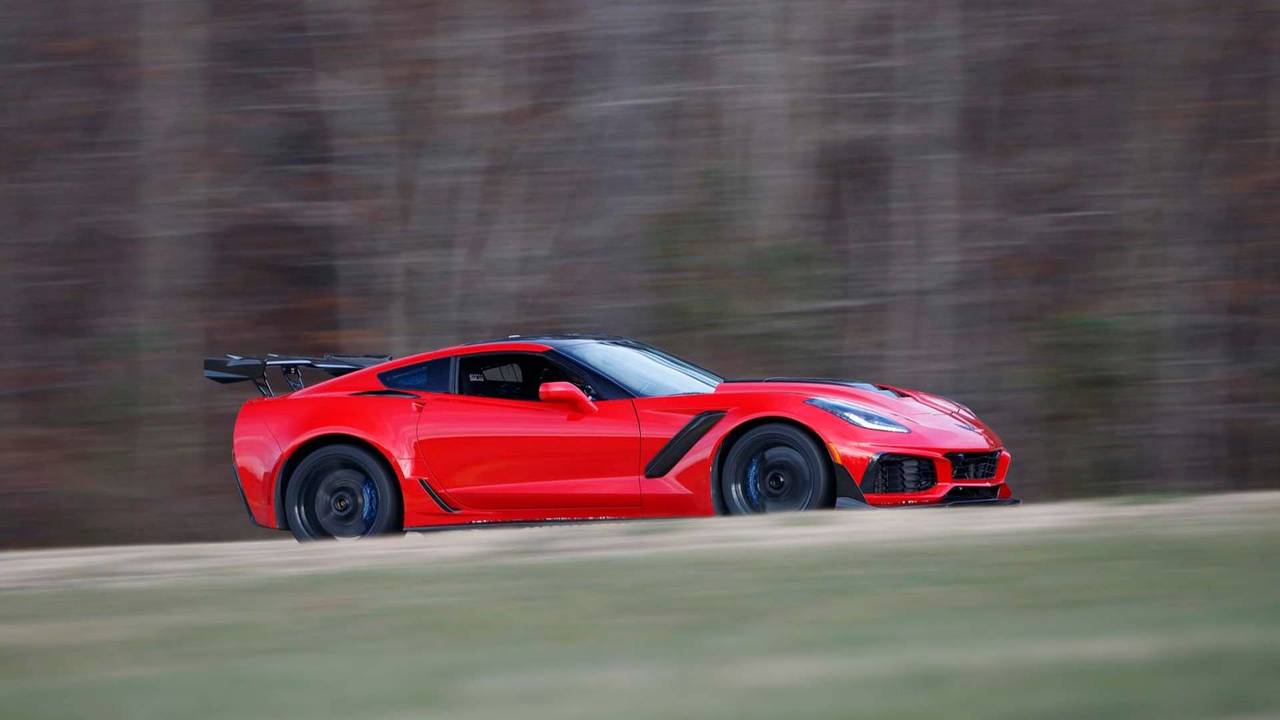 During the 12 Hours of Sebring earlier this month, Harlan Charles, Corvette Product Manager, confirmed a few bits of performance information about the Corvette ZR1. Namely, the sports car will hit 60 miles per hour from a standstill in 2.85 seconds, according to CorvetteBlogger.com who confirmed the details with Charles on the record. He also noted the ZR1 could hit 100 miles per hour in just six seconds.

Those are some crazy numbers. Charles further revealed the 2019 Corvette ZR1 could run a quarter mile in 10.6 seconds at 136 miles per hour.

The ZR1 packs a 6.2-liter supercharged V8 LT5 engine that develops 755 horsepower (563 kilowatts) at 6,300 rpm and an immense maximum torque of 715 pound-feet (969 Newton-meters) at 4,400 rpm. It’s available with either a seven-speed manual with active rev match or an eight-speed automatic.

Almost everything about the 2019 ZR1 is about performance. Customers have the choice between two aero packages: Low Wing, which is standard, or High Wing. The Low Wing configuration allows the car to reach speeds of more than 210 mph.

The ZR1’s performance numbers aren’t much of a surprise for a 755-hp supercar. It’ll be fast and punch far above its price point, as Corvettes often do. The ZR1 is just another sub-three-second supercar that will soon adorn the walls of teenagers everywhere who hope to one day own such a beast.