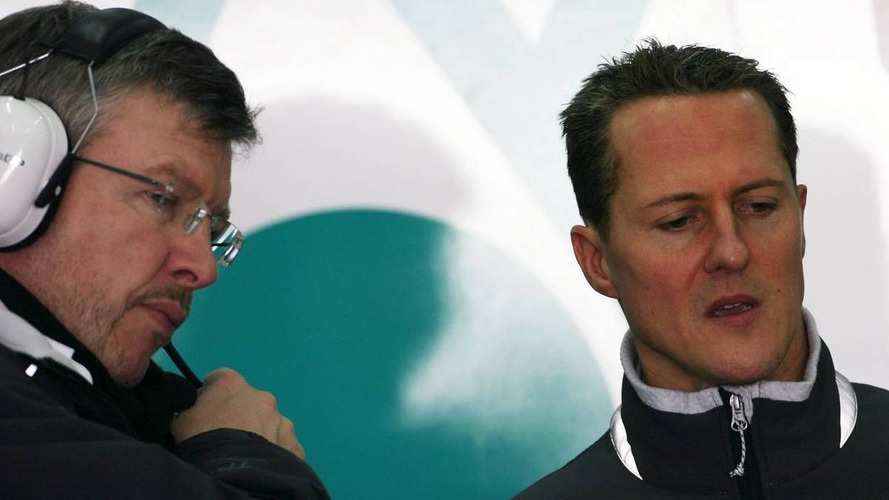 Mercedes has denied it is building a car especially tailored to Michael Schumacher's driving style for the 2011 season.

Mercedes has denied it is building a car especially tailored to Michael Schumacher's driving style for the 2011 season.

The seven time world champion has struggled on his return to formula one this season, with a car designed essentially by Brawn when the Brackley based team thought Jenson Button would be driving it.

Schumacher has openly written off the rest of the 2010 campaign, amid suggestions he is waiting for the W01's successor that will be tailored to his driving style.

"We are not building a car around Michael; we just want to develop a good car," team boss Ross Brawn is quoted by the SID news agency.

"There is no special characteristic," he insisted.

But Brawn had already acknowledged at Monza that Schumacher's 2011 campaign depended in part on "how good the Pirelli tyre is" next year.

Schumacher commented: "I cannot remember a car that was designed to a specific style of driving.

"The only thing is a continuous development with the drivers, which can go in certain directions. But first of all it's about making the car as fast and as efficient as possible," he added.

Brawn said the gestation period of the 2010 car means it will never be a race winner, but he is hopeful about the future.

"We think we understand why we are where we are with this car," said the Briton.