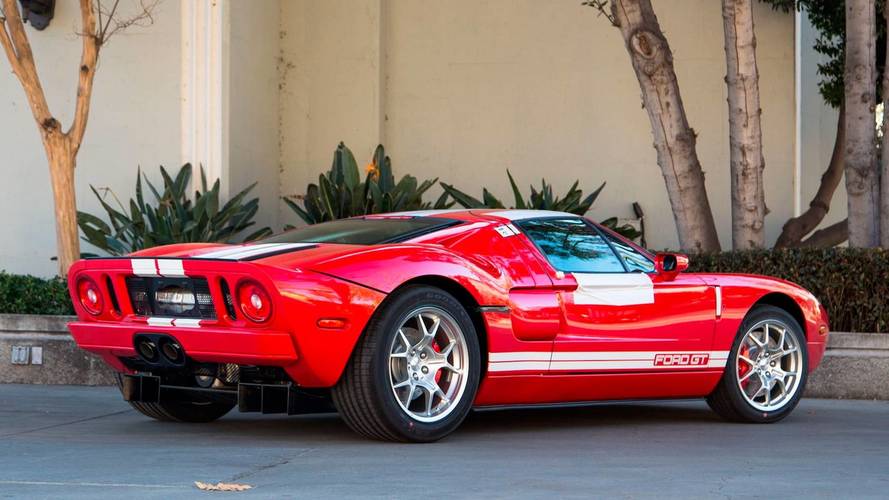 Both have a combined 4.6 miles on their clocks.

Well, we owe you an apology. That car isn't brand new, it's "well-used." Well-used in comparison to two more Ford GTs that have come up for sale – both of which have a combined mileage lower than the one that came up last year.

At next month's Mecum auction in Houston, a pair of pretty much identical Ford GTs will be offered for sale. A 2005 model with 2.6 original miles on the clock, and a 2006 model with just two. Two whole miles – that's probably less than a human walks in an entire day, let alone a car in more than a decade.

Both cars have just one owner each, have red paint with white stripes, red brake calipers, and lightweight aluminium BBS wheels. All books, manuals, and keys are included in both sales, as well as the original window stickers.

The original price for the car was $150,000 in 2006, but expect both of these perfectly preserved examples to sell for much, much more than that.