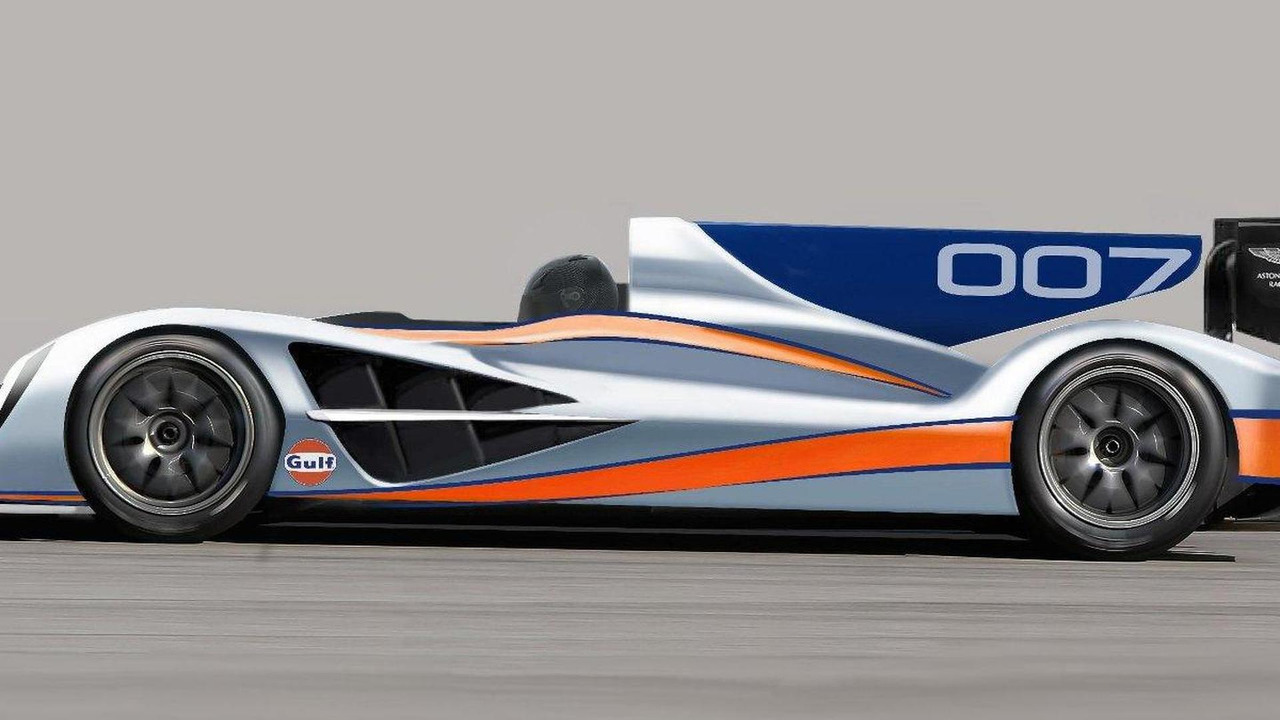 Get the first bits of information about the new LMP1 race car set for release next year.

Aston Martin has released a rendering of their new LMP1 open top race car set for entry in the 2011 24 Hours of Le Mans endurance race.  The petrol-fueled prototype is painted in a Gulf Oil livery, with engineers confident it can take on either petrol or diesel-powered competitors.

"In recent years, it has been impossible for petrol cars to compete on equal terms with the diesels," said Aston Martin chairman David Richards in a press release.  "However, we now have assurances from the ACO that, with the adoption of the 2011 regulations, they will properly balance the performance of these new cars."

The company was noticeably quiet about the new race car's performance capabilities.  Six different prototypes of the purpose-built race car will be produced, with testing to begin by early 2011.  The car will join Aston Martin's racing division lineup of GT1 through 4 class cars.

You can read more about Aston Martin executives David Richards' and Dr. Ulrich Bez's opinions on the project in the press release below.